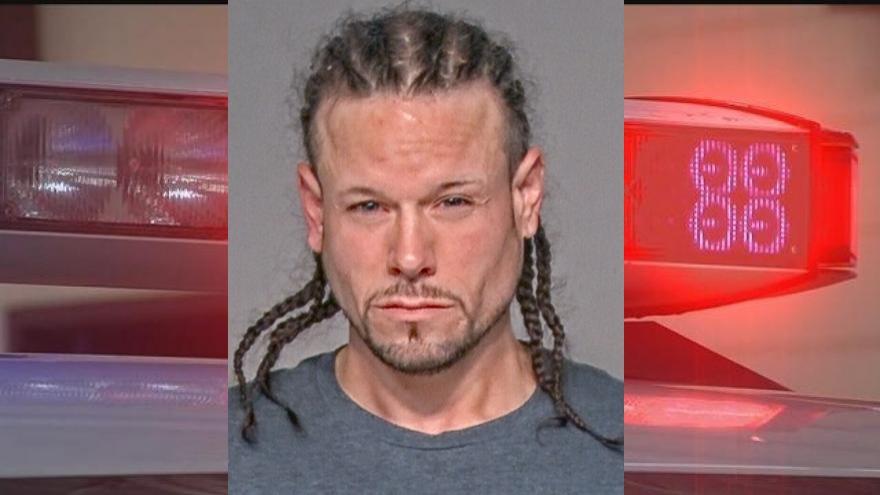 MILWAUKEE (CBS 58) -- A Milwaukee man is now facing charges after police say he tried to intervene in a crime scene where police were investigating a suspicious package downtown.

Matthew Hughes, 39, is facing charges of Disorderly Conduct and Obstructing an Officer.

According to the criminal complaint, officers had responded to Plankinton and Wisconsin on May 21 for a report of a suspicious backpack on top of an electrical box.

The 911 caller told police that he had seen the backpack and believed it was suspicious because it did not belong to one of his contractors who were doing work in the area.

Investigators roped off the scene and were conducting X-Rays of the package to determine what was inside. During the investigation, a man started riding his bike through where police were doing traffic control. The man, later identified as Hughes, ignored officers commands to stop.

Hughes then allegedly made his way to the backpack and removed items and threw them onto the ground. Hughes was then taken into custody.

An officer on scene reported that Hughes had said he intended to be a hero and was going to blow himself up.

During an interview, Hughes said he takes prescription medication for a variety of disorders and that he tries to stay away from TV because if he sees something, he reacts to it.

Hughes allegedly told investigators that he saw the news about a "bomb" downtown in a suspicious backpack and he decided that he was "going to go play superhero."

According to the criminal complaint, Hughes stated, "Well, it's my city, I'm taking one for the team. I'm not letting, like the Boston thing, backpack propane bomb and blow up another 9-year-old girl. So, I'm going to jump on top of the grenade and look in there to make sure there isn't one."

Hughes also allegedly told a detective that he has a thing with a Higher Power and believes if he sacrifices himself for someone else, it will be his Golden Ticket behind the Pearly Gates.