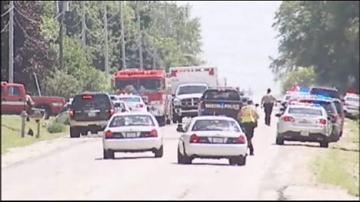 Rockford police say Doddy was spotted in South Beloit, a city just south of the Wisconsin/Illinois border. During a high-speed chase he crossed the border entering Wisconsin at Beloit. He was driving the victim's Nissan when he lost control and crashed into a tree. We're told there was a struggle during Doddy's arrest on Hwy. 81. The chase lasted 30 minutes and reached speeds of faster than 100 mph.

Doddy is being treated at Mercy Hospital in Janesville. He is in Rock County custody until he is extradited to Illinois.