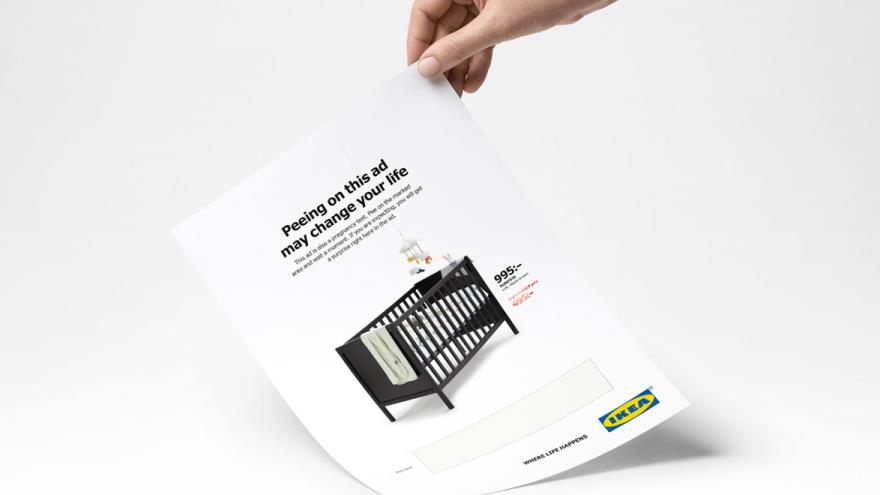 LOS ANGELES (CBS News) -- Ikea's first new ad for 2018 is interactive. The ad, running in Amelia Magazine, one of Sweden's most influential magazine's for women, features a popular item – a crib – and a message that might draw a double take, CBS Los Angeles reports.

"Peeing on this ad may change your life."

The ad doubles as a pregnancy test. And if the ad does determine the adventurous reader is pregnant, then the now-positive pregnancy test/ad will reveal a coupon.

The concept has some doubters on social media. But the idea was mostly met with skepticism for the logistics of using the so-called coupon.