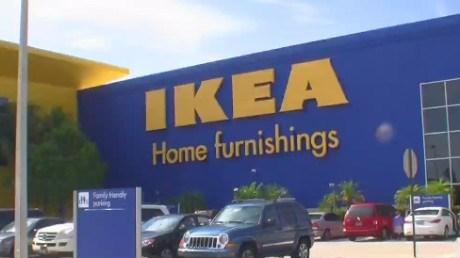 The rumors about IKEA coming to Milwaukee started earlier this week, and now the home retailer is confirming a store will come to the Milwaukee-area in a press release sent out Wednesday night.

There are only 41 IKEA stores in the U.S. The Milwaukee-area store would be the 42nd. There are no IKEA stores in Wisconsin and the closest stores are in Bolingbrook and Schaumburg, IL and Bloomington, MN.

The Ikea will open the Summer of 2018 in Oak Creek.

Ikea has already 206,000 customers in the Milwaukee area.

Ikea will employee 250 employees. Oak Creek's mayor said roughly 500 will be employed in the construction of the Ikea.

The store will be built on 30 acres of land on the east side of South 20th Street, just north of Drexel Avenue, along the west side of I-94.

Oak Creek Mayor Stephen Scaffidi has been dropping hints about the store on his Twitter account all week.

Everybody knows green and gold are my favorite colors, but gotta say blue and yellow are a close second...

So has anyone had good luck with the @rosettastone language learning program? Thinking of trying to learn Swedish... #quicklearner

Oak Creek's Mayor said the coming of Ikea will bring a lot of jobs to the area, "We are talking about thousands and thousands of jobs created in the last three years, and probably an equal amount going forward. So that's what I'm really excited about."

But not everyone is excited, Stacy Potter lives across from the store. She says it will create a lot of traffic and ruin the peace of her two acre home, "I'm not too happy about it, I'm a fan of Ikea but I'd rather have to drive to Chicago, not have it right in my front yard."

Ikea representatives say they are putting in an application with the city this week to get the construction approved.