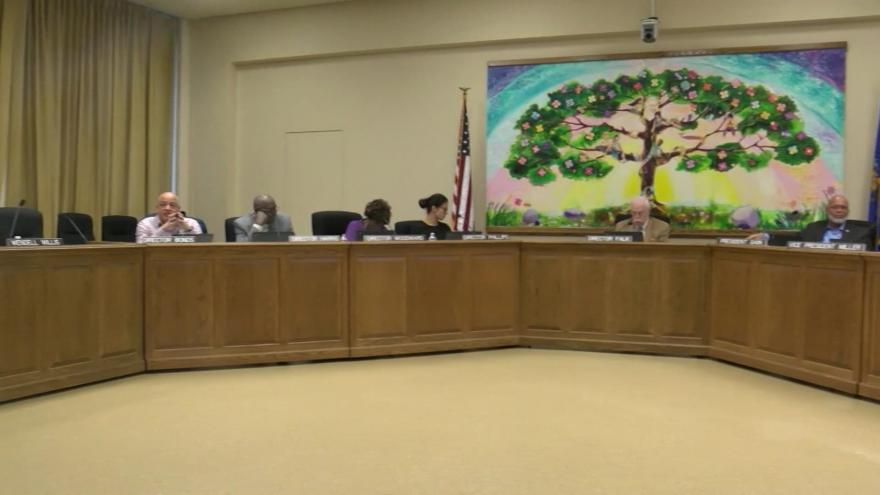 MILWAUKEE (CBS 58) -- Supervisors at MPS delayed a discussion on an Interim Superintendent to talk about transportation. There are competing plans on the table, some that would cut bussing services to students.

Public comment overwhelmingly came from representatives of MPS Specialty Schools such as the French, German, and Spanish Immersion schools. They expressed fear over one proposal that would end bus routes for students who live more than 7 miles away from the schools.

As Milwaukee Public Schools predicts a $30 million shortfall, the principals of Milwaukee's Language Schools argues for keeping the status quo.

"If we lose buses, we lose kids. And if we lose kids, we lose enrollment and we lose money and there will be more budget cuts in the future," said Gina Bianchi, French Immersion Principal.

"What an embarrassing, shameful legacy we would be leaving our children. That legacy is why we're all here tonight because we need to provide for our children a future of equity," said Rebecca Seagull, a proposal opponent.

The proposal at hand would cut busing for students more than 7 miles away from the specialty schools. That's part of four transportation proposals that would save the district about $2 million while revising and somewhat simplifying the transportation maps. In some cases, that includes high school students using new resources.

"The short-term impacts would be to change service types for impacted students from the yellow bus to the county transit bus system. It would impact approximately 1,400 students and we could realize a savings of upwards of a million dollars," said David Solik-Fifarek, MPS Director of Business and Transportation Services.

Many board members weren't convinced that transportation was the area to find savings.

"I'm very concerned about specialty schools that are language schools that have helped us a lot in the process of desegregating this city that were intended all along by means by which we would promote achievement and we will promote future desegregation," said Supt. Luis Baez with District 6.

The district expects to spend $63 million on transportation in 2018. A decision regarding these potential cuts is expected later on Tuesday.