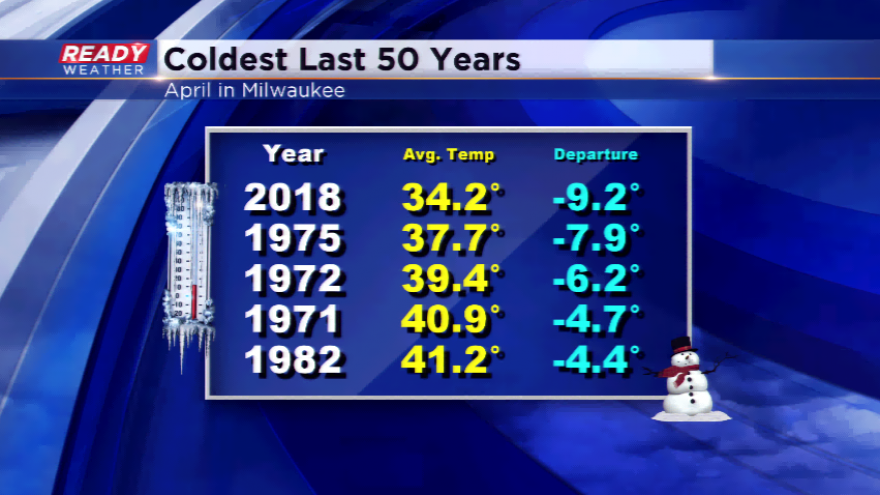 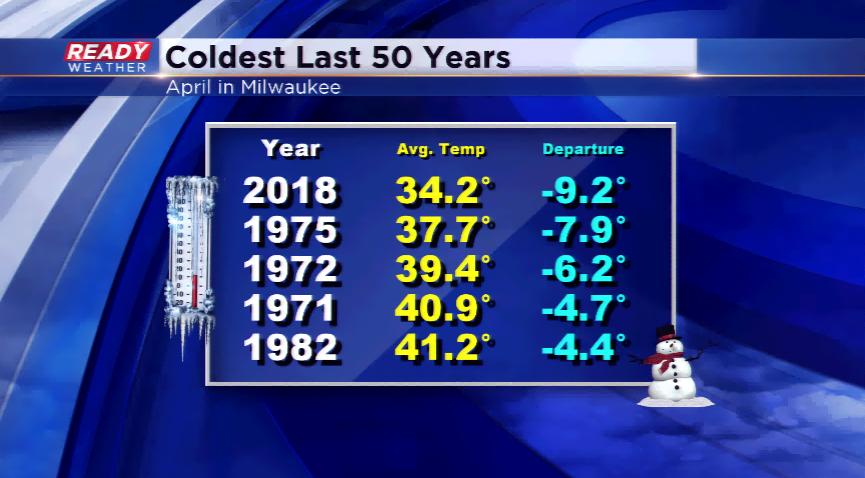 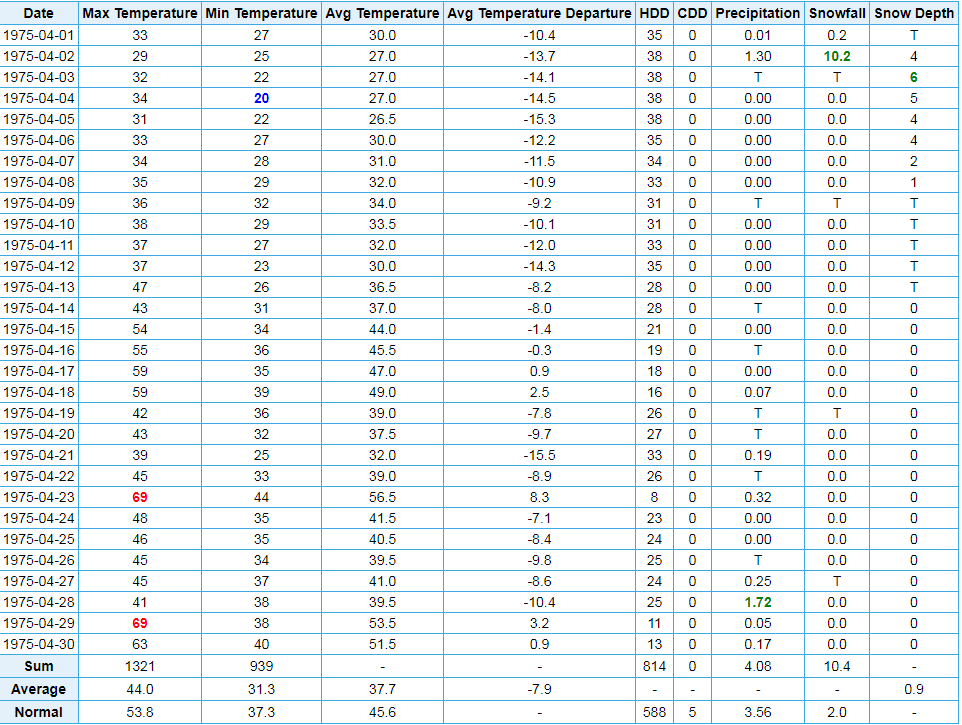 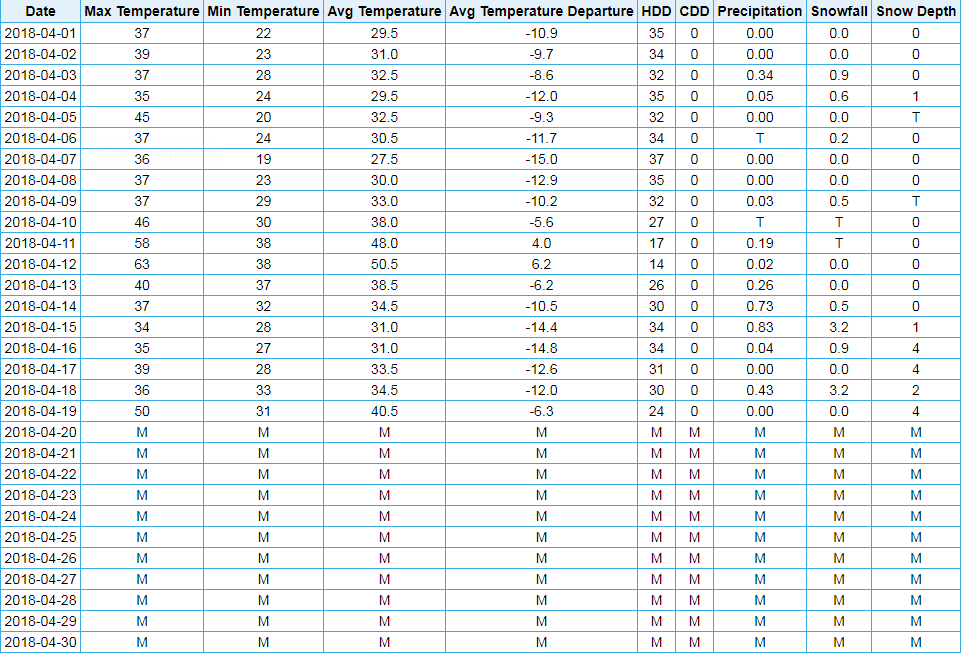 The only comparable year in the last 50 years was 1975, which was a very similar year. We had 10.4” of snowfall that April with a blockbuster 10” snow event on April 2nd. The snow depth stuck around until the middle part of the month. There were only three days in the 60s and 13 days in the 30s. 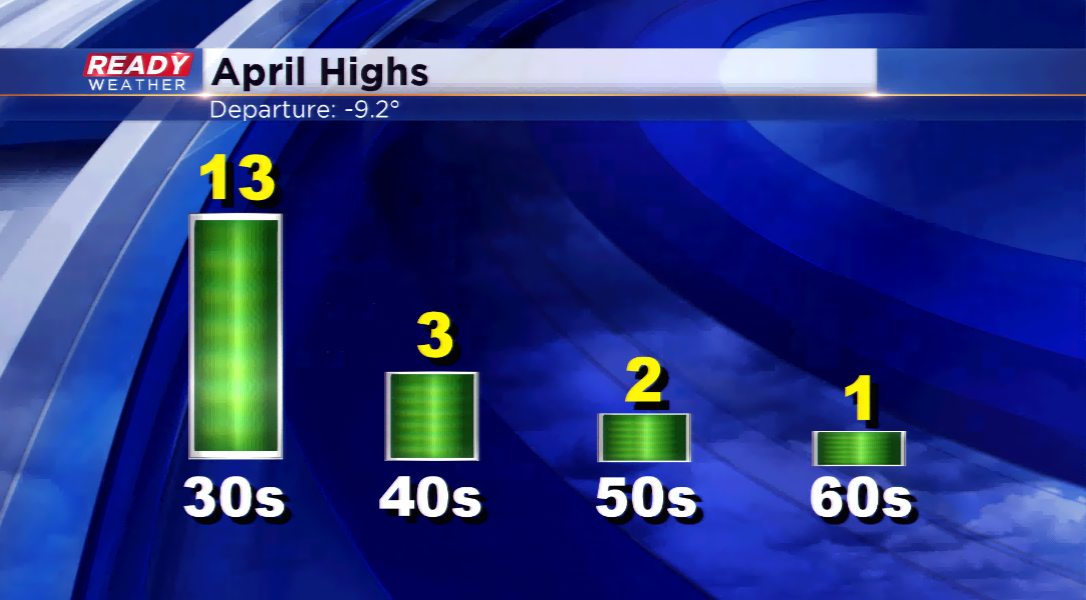 The pattern switch has already taken shape in the Midwest and Wisconsin. Warmer air is expected to stay around now with highs in the 50s and 60s for the foreseeable future. There’s even a chance of the first 70 for the area by late next week!