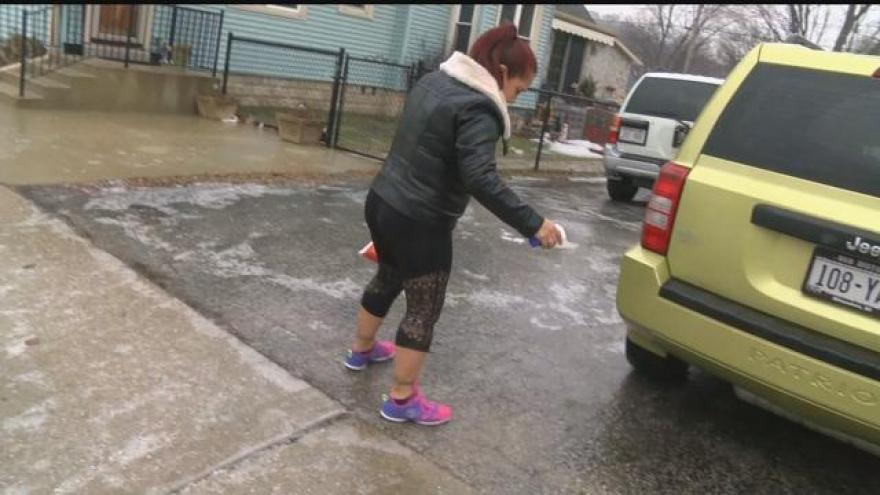 As the ground started to warm up a bit at lunch time Monday, some plow operators tells CBS 58 News that they just started to get a handle on ice on parking lots.

Folks with the company "Snow Patrol" tell CBS 58's Jacob Kittlstad that they were out starting at 4 in the morning.

Several locations had to be salted and treated as many as five to six times.

"It's just been non-stop salting and the rain is washing the salt away," explained plow operator Dustin Schwalbach. "Then we're having more ice accumulation. You're especially getting a lot of layers of ice on top of the parking lot. So, you have water underneath the ice and then you have the parking lots."

Some drivers in Mukwonago called the morning commute "nerve wracking" but we're feeling better about the noon time conditions.

Some neighbors saying they're doing their best to make them less slippery.

"I guess I'm spilling the salt because I don't want nobody to fall outside of my house," said Betty Alzate of Waukesha . "I don't want trouble with anybody."