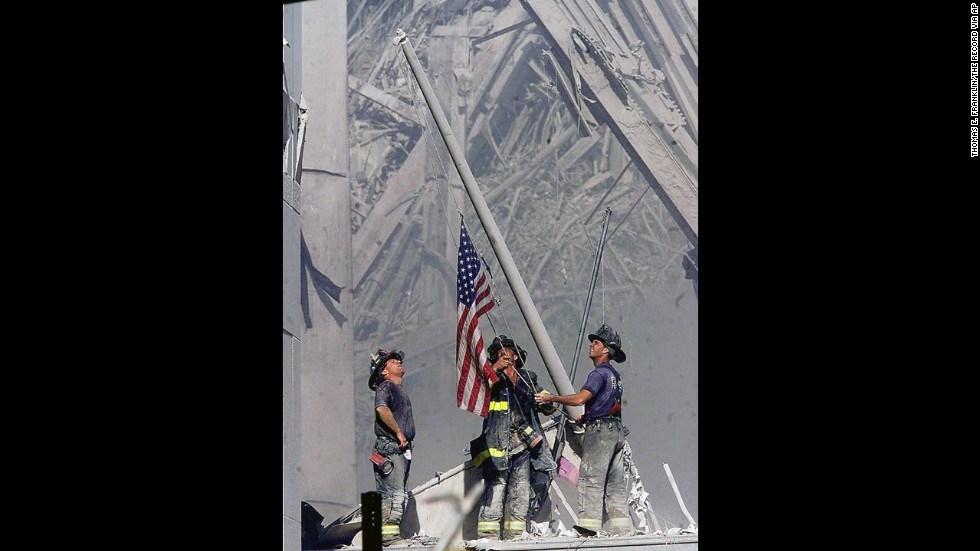 (CNN) On September 11, 2001, amid the burning ashes of the World Trade Center, three New York City firefighters hoisted a small American flag removed from a nearby yacht. It was 5 p.m. on a day that would radically change the course of history.

The image, captured by a former photographer from The Bergen Record, became a symbol of hope and resiliency in the face of unimaginable tragedy.

But within hours of its raising, the flag disappeared from the World Trade Center site.

The iconic flag is now back in New York City, 15 years after it went missing.

It will be displayed near the entrance of the National September 11 Memorial and Museum, built on the site of ground zero.

Its reappearance is as mysterious as its disappearance.

The mystery of what happened to the ground zero flag was the subject of a 2013 CNN film "The Flag."

The original flag was "either misplaced, stolen or secreted away by unknown forces in the chaos of ground zero," according to Michael Tucker, who produced, wrote and directed the film with his wife, Petra Epperlein.

When an official was sent to pick up the original flag a week or so after 9/11, he apparently received a larger flag which was flown at subsequent events, the film's director said.

That was the flag that flew over Yankee Stadium during a 9/11 Prayer Service on September 23, and fluttered over the USS Roosevelt as the aircraft carrier sent missions over Afghanistan.

A man who only identified himself as a retired Marine named "Brian" turned it over to a local fire station in November 2014.

The only other information Brian gave was that he had been given the flag on Veterans Day 2007 by a man who had received it from the widow of a 9/11 firefighter, said Everett Deputy Police Chief Mark St. Clair. Brian then vanished.

Among those who died on that fateful day were 343 firefighters.

Everett detectives launched a search for Brian. They even released a sketch of him to the local newspaper in the hopes that he would be identified and could provide more helpful information about the flag. However, their efforts proved futile.

DNA discovered on electrical tape on the flag's halyard did not match DNA from any of the three firefighters who raised the flag on 9/11, or the owners and crew of the yacht where the flag had initially flown.

The composition of "pulverized building material" was a match. According to the lab report, the flag and its accompanying ropes had been exposed to the World Trade Center dust cloud in September 2001.

"We wanted to be thorough and complete and be able to have the investigation stand independently," said Everett Detective Jim Massingale, a retired Army Ranger. "We knew it would be scrutinized."

"He actually grabbed onto that flag, held it up to his face and smelled it, and turned and looked at me and said, 'That's the smell that I remember from that day,'" said Detective Michael Atwood.