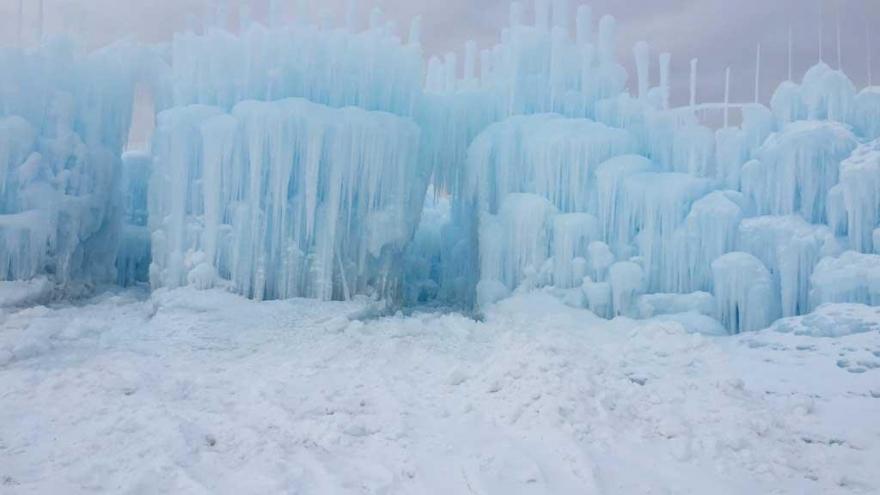 LAKE GENEVA, Wis. (CBS 58) — Ice castle display organizers tell CBS 58 the opening will likely be pushed back to the middle or end of January.

Ice Castles, an attraction built completely out of icicles, is getting larger by the day and soon will open.

"Ice Castles was looking for their home in the Midwest, and we believe this partnership will hold really good things," Joe Tominaro, of VISIT Lake Geneva, told the Beloit Daily News . "It's going to be epic."

There are only five other Ice Castles currently open. They are located in Utah, Minnesota, Colorado, New Hampshire and Alberta, Canada.

"There's an excitement about town and any time we put something out there online about the ice castles it seems to go viral," Tominaro said.

"We're kind of like the circus in that we're a mobile entertainment company," Stone said. "We will eventually have 70 to 90 local people working with us."

It took a bit of experimentation to get work started on the sandy beach, Stone said, but Ice Castles began to really rise at the half-acre site in November.

Each cold night since then, water is sprayed from sprinkler heads installed throughout the castle. The water falls over the top of metal racks and freezes.

The result is approximately 5,000 to 10,000 crystal clear icicles that are hand-harvested in the morning and then get strategically placed to build formations.

"What you see changes every day," Stone said. "Our goal is to make Ice Castles be like the frozen version of going to Disneyland."

Once finished, the Lake Geneva ice castle will have tunnels, mazes, fountains and even giant ice slides that are big enough for adults to play on.

Around 120 LED lights also have been frozen inside the castle and those who visit the attraction at night will be greeted to a beautiful glowing display.

"There's nothing else like this in the world and it's really showcasing how beautiful nature is," Stone said.

Lake Geneva's castle is currently about 10 feet high, but it is expected to hit 30-35 feet by the end of the season.

The outcome depends on Mother Nature, Stone said, nothing that visitors might want to see the attraction a couple times to see how it changes.

"Running a business like this that is completely nature-dependent really requires a lot of faith; especially considering we've seen days with a 42 degree difference between them," Stone said. "You have to believe."