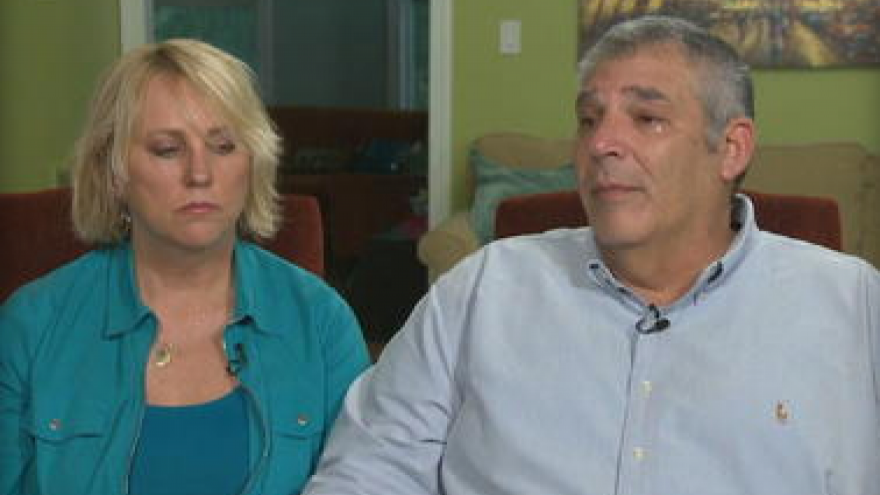 A newly-proposed bill would require cars to be equipped with sensors, alerting drivers once the car is turned off that a child is in the back seat.

Some argue the technology might not find its way to the parents who need it most but advocates say the law is needed because the stakes are so high, reports CBS News correspondent Kris Van Cleave.

Miles and Carol Harrison always wanted a child and were overjoyed when they adopted Chase. But on a busy 90-degree day in 2008, Miles forgot to drop the 21-month-old off at day care, leaving him in the back seat of his car while he went to work.

"I have not forgiven myself," Miles said. "And it's heartbreaking because I did it, I killed my son."

"Nobody thinks it will happen to them until it happens," Carol said.

Chase's death was one of more than 700 heat stroke fatalities of children left in cars since 1998 – an average of 37 per year. The first seven months of this year have been the worst in terms of heat-related child car deaths since 2010. These tragedies can happen quickly. When it's about 90 degrees outside, the temperature inside a car will rise above 130 degrees in less than an hour.

"All cars ought to include sensors that can very simply save lives," said Sen. Richard Blumenthal.

To prevent these tragedies, Sen. Blumenthal introduced legislation that would require carmakers to install sensor technology, alerting drivers to a baby left in a car seat.

"Consumers should want this product just as they do seatbelts and air bags," Sen. Blumenthal said.

General Motors began offering a similar sensor for some models this year, but the Alliance of Automobile Manufacturers says the proposed mandate would miss the car buyers who need it most, "because so few parents of young children buy new cars."

"We need to stop families having to deal with what I've done to our family. This law can do that," Miles said through tears.

Sen. Blumenthal contends if this device were standard, the costs would be minuscule. He says his measure should attract strong bipartisan support, and he hopes to see it on new cars starting in 2019.