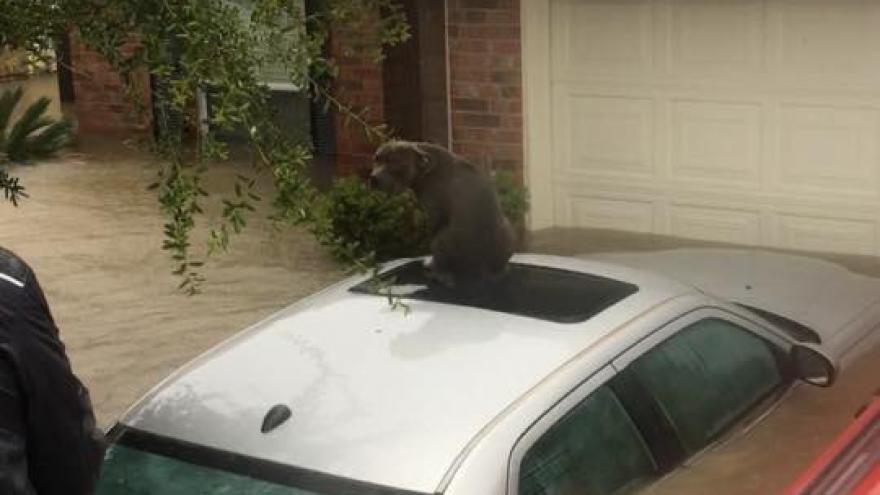 SPRING (CBSDFW.COM) – A dog owner accused of abandoning his dog found frightened and alone atop a car surrounded by rising Harvey flood waters wants him back.

CBS11 reporter J.D. Miles shared video of the pit bulls’ plight, which quickly went viral. People were outraged by the implication that his owners left their 3-year-old dog named “Blue” behind.

But Blue’s owner Charles Rogers says rescuers are the ones to blame – not him.

“My wife and I were thinking the rescuers were just going to go back and get him,” says Rogers, who feels like people are unfairly attacking him.

Rescuers gave the Rogers family only a few short minutes to evacuate their flooded neighborhood the day Blue was left behind.

He says he grabbed one of his small dogs but agonized over leaving Blue.

Blue also jumped into survival mode and somehow found his way over an eight-foot backyard fence, and atop the car where Miles recorded his plight.

The video has since been viewed on Facebook millions of times and shared via numerous media sites.