"I became a better man and a better person:" Brandon Jennings returns to the Milwaukee Bucks after stint in China 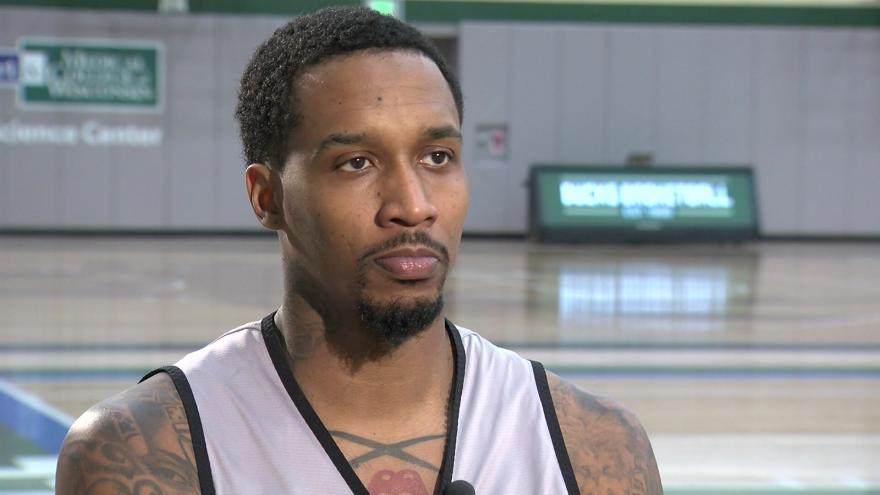 MILWAUKEE (CBS 58) -- Brandon Jennings erupted onto the scene in Milwaukee. He scored 55 points just 7 games into his career becoming the youngest player to break 50 in NBA history. A record that still stands. But after leading the Bucks in scoring over a 4-year stretch, Jennings was traded to the Pistons. Then the injuries started to add up and after playing with 4 teams in two years, Brandon needed a reset so he went to China

“Before I went to China, I was still trying to get over my Achilles and force myself to be the player that I was once. China helped because I was able to get away for a minute and focus”

Brandon was asked to lead the “Brave Dragons."

“They gave me the ball every time and told me to just score.” He listened, putting up 28 points a game. The biggest change, however, came off the court.

“I went by myself. Spending a lot of time by yourself, you get to find yourself, learn about my mistakes. Life is about growing. Being there helping me grow every day was a great thing and coming back I felt like I became a better man and a better person.”

The time in China helped Brandon recharge his batteries mentally and physically. It also gave him a chance to see a new culture and try some new foods. “Bullfrog, alligator, shark and I think squirrel”

He’s trading squirrel and bullfrog for brats, cheese, and the Milwaukee Bucks. Brandon’s not going to be asked to score 55 in his second stint with the Bucks. Instead, he’ll offer the leadership that only experience can give you.

“I just have to be ready whenever my number is called, give good advice and just keep being a great teammate. It’s definitely going to be exciting being in a bucks uniform playing in the playoffs.”