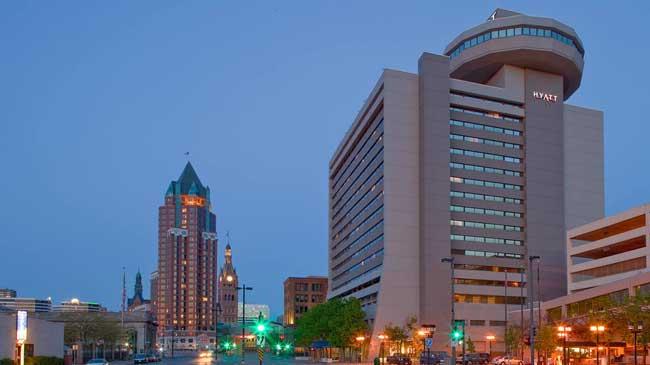 The Hyatt Regency Hotel opened its doors to the renovated Vue, formerly known as Polaris, today for a special Thanksgiving buffet to the public.

Tonight and New Year’s Eve are the only two nights it will be open to the public, according to a Hyatt employee.

Tonight there was a Thanksgiving buffet.

The company announced the name of its newly renovated space on Wednesday.

The space has been open for private events since late October.