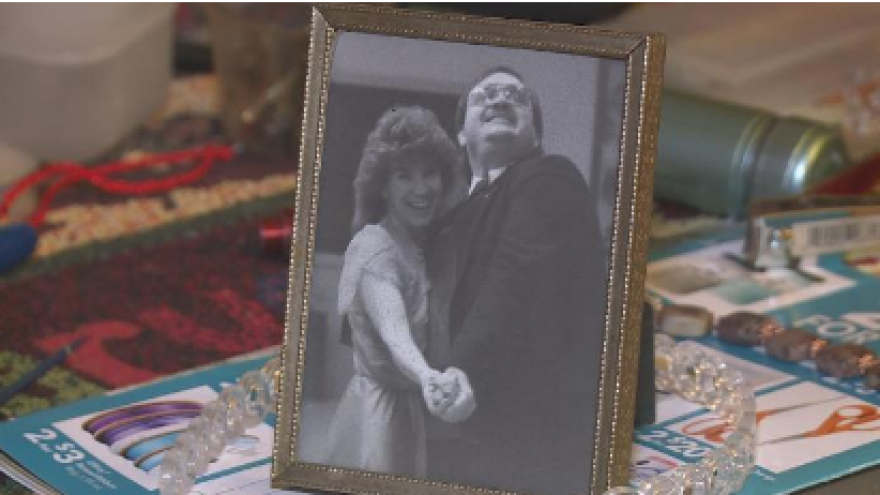 WAUSAU, WIS. (WSAW) In an extensive interview with NewsChannel 7, Bob Look, the husband of shooting victim Dianne Look, shares loving memories of his wife and has a message for the community during this sorrowful time.

Dianne was an employee at Marathon Savings Bank and one of four victims in the March 22 shootings in the Weston area.

Bob recounted the history of their courtship when Bob was a radio DJ and Dianne was a teller at the bank where he cashed his checks.

“No, I’m not gonna play that for you,” Bob told Dianne, “you just want to hear a depressing song because you’re in a bad mood. We’re gonna talk and we’re gonna make things better,” said Bob.

Sources say Dianne and another bank employee were reportedly heroic, saving the true intended victim of the shootings that day by hiding her. Bob says he's not surprised by that at all. It's who she was.

He made sure to fill her memorial service with memories to bring a smile to people's faces. He also invited the wife of the suspect shooter to sit right next to the family. Assuring her she's as much of a victim as they are.

Bob says justice needs to be done, but he forgives the suspected shooter, \"I'm not going to be thinking vengeance. That won't accomplish anything.\" '

And he says he doesn't want to see this terrible incident split the community. Preferring everyone try to treat people with the same kindness his wife, Dianne showed.