Husband Being Questioned about Home Fire that Killed Wife and Daughters 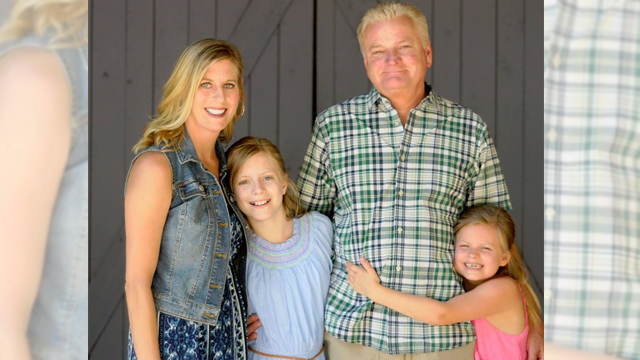 GWINNETT COUNTY, GA (CBS46) - Investigators working with police officers are looking into the cause of a house fire that killed a Gwinnett County woman and her two young daughters on Tuesday

CBS46 learned the husband and father of the three killed, Brent Patterson, may soon be questioned again.

RELATED LINK: Man's wife, daughters killed in fire: 'I tried to go back inside'

In the days since Kathy Patterson and her two children, Kayla, 12, and Madelyn, 9, perished in flames, Brent Patterson returned to wander around the debris of his burnt house, speaking freely to television reporters and perhaps raising a few questions.

"It was like 10 or 10:30, we were all upstairs and I heard a noise. So when you hear a noise, you go check it out and I came downstairs and then I opened the door and it like it exploded," said Brent Patterson.

Brent Patterson told CBS46 he and his wife and daughters had been upstairs getting ready for bed when he heard a strange popping sound.

But, he was also quoted as saying he hoped his wife and the girls were already asleep when they died.

CBS46's Meghan Packer: "So you were all upstairs?"

Brent Patterson:  "Yeah, we were all upstairs. We were in bed."

According to Brent Patterson, both of his daughters slept in the same room with his wife and him, on mattresses on both sides of the bed.

CBS46 found out that in the case of any fatal fire, the investigative team operates separately from the fire department itself and it includes both police and crime scene technicians who help process evidence.

The case is still open, and that appeared to come as a surprise to Brent Patterson.

investigators said the fire started in the area of an electric reclining couch in the living room, but cannot say for certain it was the cause of the fire. They said there are other components in the room that could have sparked the fire.

Investigators said the fire quickly extended to the second floor via a heat return vent and a mechanical/HVAC closet and burn patterns and witness accounts match their findings.

CBS46 is following this story and will have more information as it becomes available.