Hurricane Patricia 'potentially catastrophic' as it heads to Mexico 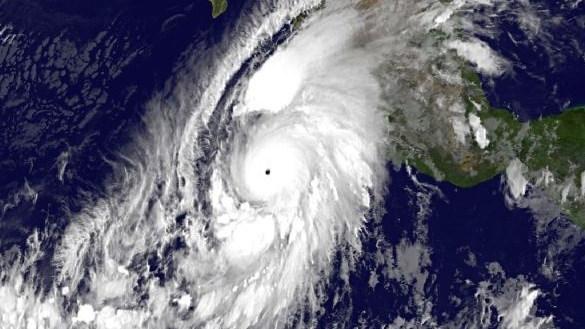 (CNN)Hurricane Patricia, churning toward southwestern Mexico, is a "potentially catastrophic hurricane," forecasters said after the storm increased in strength to Category 5.

Though it is expected to weaken Friday, it should make landfall on the Pacific coast near Punta San Telmo late in the day as an extremely dangerous storm. "Preparations to protect life and property should be rushed to completion today," the center said.

As of late Thursday night, the storm was about 200 miles (320 kilometers) south of Manzanillo, Mexico, moving northwest at 10 mph (17 kph).

A hurricane warning is in effect on Mexico's Pacific Coast from San Blas to Punta San Telmo, an area that includes the resort cities of Puerto Vallarta and Manzanillo.Officials in Jalisco and Colima states said they were canceling schools as the storm neared.