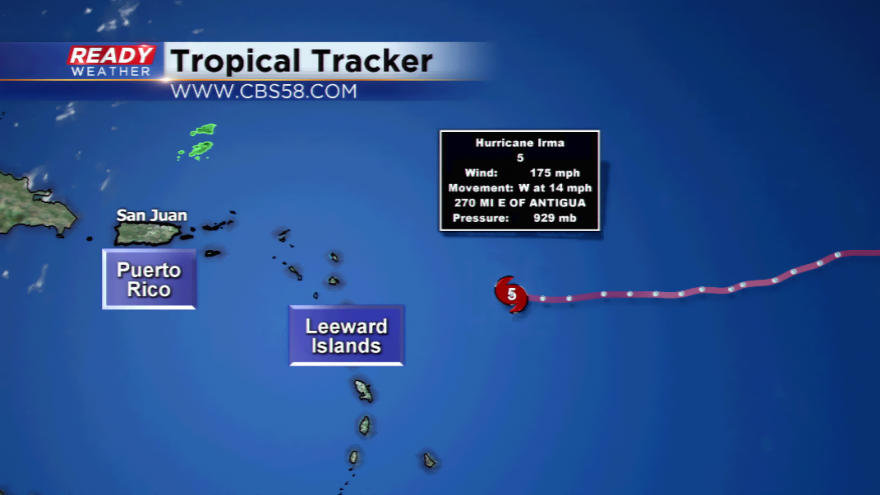 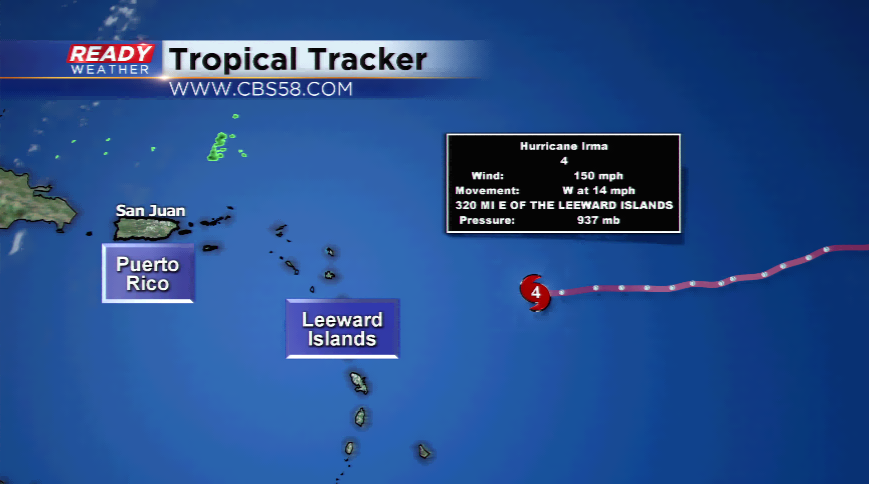 (Update 7:15am) - Hurricane Irma is now a category five hurricane with winds of 175 mph with gusts over 185 mph.  The pressure has fallen down to 929 mb.  It's the strongest hurricane in the Atlantic since Hurricane Felix in 2007. There are signs that Irma could strengthen even further the next day or so before making landfall.

Hurricane Irma has now strengthened to a high-end category 4 hurricane with winds at 150 mph. It’s only 6 mph away from a category 5 hurricane. The direction is westerly at 14 mph as the pressure continues to drop, at 937 mb. It’s only 320 miles east of the Leeward Islands.

The path remains uncertain at this time but the trends have been a more westerly direction. The computer models are coming into more of an argument on the path, which could send it sawing just north of the Puerto Rico, Dominican Republic, Haiti, and Cuba. It will have enough impact on these countries with major storm surge, high winds, and flooding. All eyes will be on what happens from there. Some simulations send it into Florida; the heart of the Sunshine State of along the eastern coast. Both would have dramatic effects. Other models have it heading more west into the Gulf of Mexico again.

The timing would be the end of the week and this weekend for Florida. If it went into the Gulf, landfall could be had at some point again early next week! 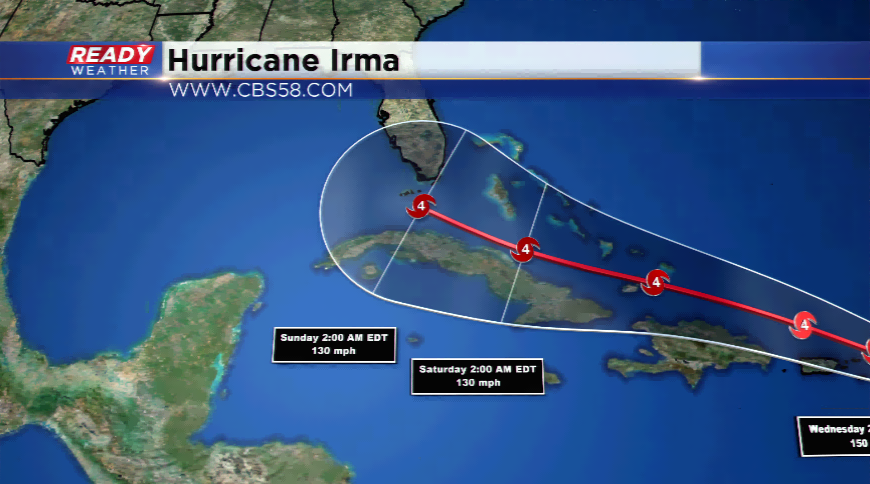