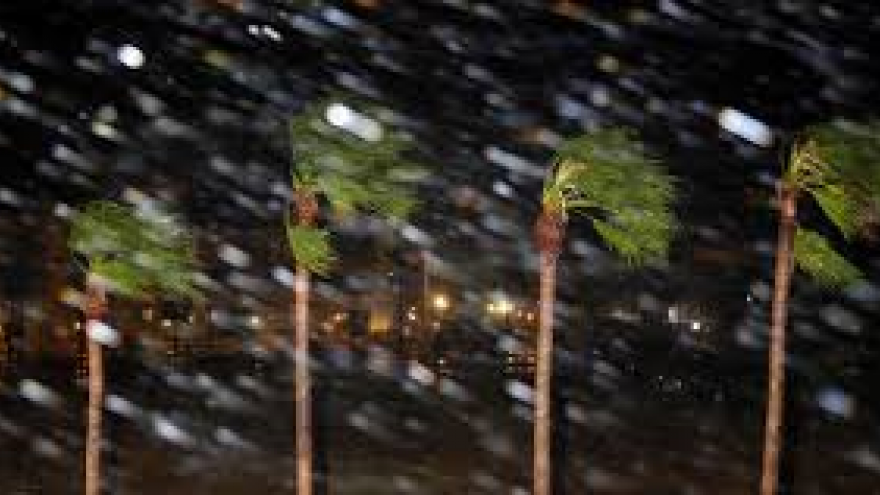 More than a quarter-million customers are without power in Texas early Saturday after Hurricane Harvey made landfall. Utilities are reporting outages affecting more than 261,000 customers.

Louisiana utilities are reporting just under 300 customers are without power Saturday morning.

The fiercest hurricane to hit the U.S. in more than a decade made landfall Friday night about 30 miles northeast of Corpus Christi as a Category 4 storm with 130 mph winds. It gradually weakened over the next several hours, and by morning the National Hurricane Center had downgraded Harvey to a Category 1.

At 8 a.m. ET the storm was producing sustained winds of 80 mph. It had already dumped more than 9 inches of rain in the South Texas city of Victoria. Parts of Texas may get as much as 40 inches of rain over the next few days, with "catastrophic and life threatening flooding from excessive rainfall" expected, the National Weather Service said.

Melissa Munguia, deputy emergency management coordinator in Nueces County, which includes Corpus Christi, said early Saturday that it could be hours before crews could fully assess the damage in coastal communities.