Hurricane Florence storm surge damage may not be covered by insurance 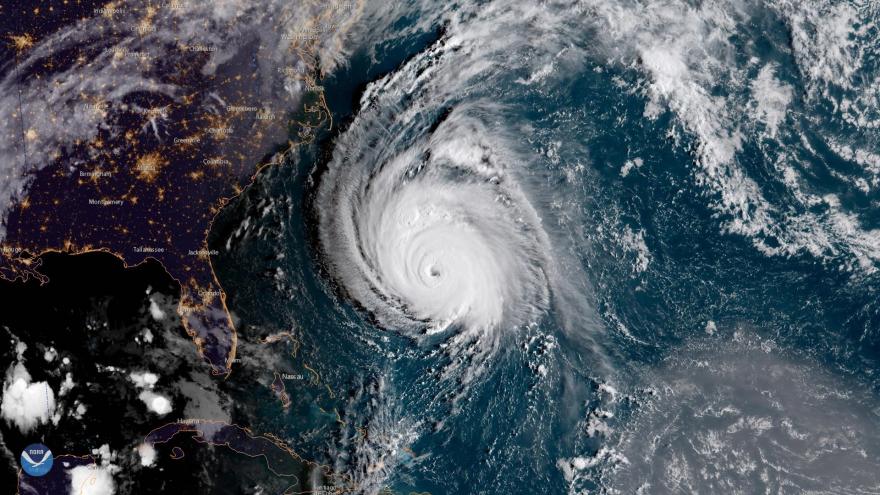 (CBSNews) -- As Hurricane Florence makes landfall, homeowners along the North and South Carolina coasts could face up to 14 feet of storm surge -- tidal water driven by high winds. But many of them could discover that their insurance doesn't cover damage from that common hurricane effect. That's because of the little-known, misunderstood and obscure "anti-concurrent causation clause" written into their policy.

"The vast majority of homeowner insurance policies have this exclusion," said Executive Director Amy Bach of United Policyholders, a San Francisco-based consumer insurance advocacy group. She predicts that it will "put policyholders in a fight with their insurers right from the get-go."

Simply put, an anti-concurrent causation (ACC) clause states that if two events (like wind and water damage) occur close together and only one of them is covered, your insurer doesn't have to pay for either one. General Reinsurance provides a detailed explanation.

"If two separate events occur, such as wind and flood, and cause damage within a short period of time, but only one is insured, then the order in which it occurred is irrelevant, and your insurer will not pay for either one," said Director Robert Hunter of the Consumer Federation of America. This is true even if the wind damage is $100,000 and the flood loss is only $5,000, added Hunter, the former insurance commissioner of Texas who has been through several flood events.

Hurricane Florence could prove to be an important test case for this clause because forecasters predict that the storm surge could cause more damage than the 110-mile-per-hour winds, especially if the storm hugs the coastline and turns southward across South Carolina into Georgia.

Some in the insurance industry believe the ACC will not be problematic. "Anti-concurrent causation wording generally will have no bearing on a major portion of the damages," according to a statement by major insurance broker Willis Towers Watson.

But some insurers admit to a problem in communication. The ACC clause is "causing a great deal of confusion for consumers," said Chief Executive Michael Crowe of Clearsurance. "In situations where it's included in a policyholder's contract, often consumers simply aren't aware. Insurance policies are full of legal, technical jargon that makes them difficult to read, and so many consumers may not understand what this clause means for their coverage."

But with hurricanes pummeling overcrowded U.S. coastlines much harder, it's pressuring property insurers to tighten up contracts. This includes raising deductibles and creating language that limits or denies payment if wind speed exceeds the hurricane level.

The turning point came in 2005 with Hurricane Katrina. After it devastated New Orleans and the Gulf Coast with 135-mile-per-hour winds, insurers became embroiled in bitter legal disputes over whether the wind or the water had forced buildings from their foundations and wrecked them. The second-largest domestic home insurer, Allstate, reported a $3.7 billion pretax loss after Katrina.

For the most part, homeowners won their claims because "in the case of ambiguity, the judge usually sides with the policyholder," said Bach. But since then, she warned that the insurance industry has been fighting back, tightening their legal language and winning "strategic" court cases.

Homeowners can collect on flood insurance policies issued by the National Flood Insurance Program (NFIP), but coverage is limited to $250,000 on the property itself. Unfortunately, many Carolinians don't have flood insurance coverage.

While the amount of homes at risk from Hurricane Florence is imprecise, CoreLogic puts the number in harm's way at around 70,000. The number of flood insurance policies in North and South Carolina has dropped since 2013, and only 5 million homeowners nationwide are enrolled in the NFIP program, down 700,000 from 2009.

Bach warned that collecting from insurers won't be easy because they have an army of lawyers and years to prepare. "It comes down to the science and the numbers," she added. "Things like 'wind speed' at the time the storm came ashore is critical."

When Superstorm Sandy came ashore in 2012 below 80 miles per hour -- the minimum speed for a hurricane -- New York Gov. Mario Cuomo ruled that the "hurricane exclusion" that some insurers had didn't apply.