Hundreds Turn Out for Vigil in Honor of Orlando Victims 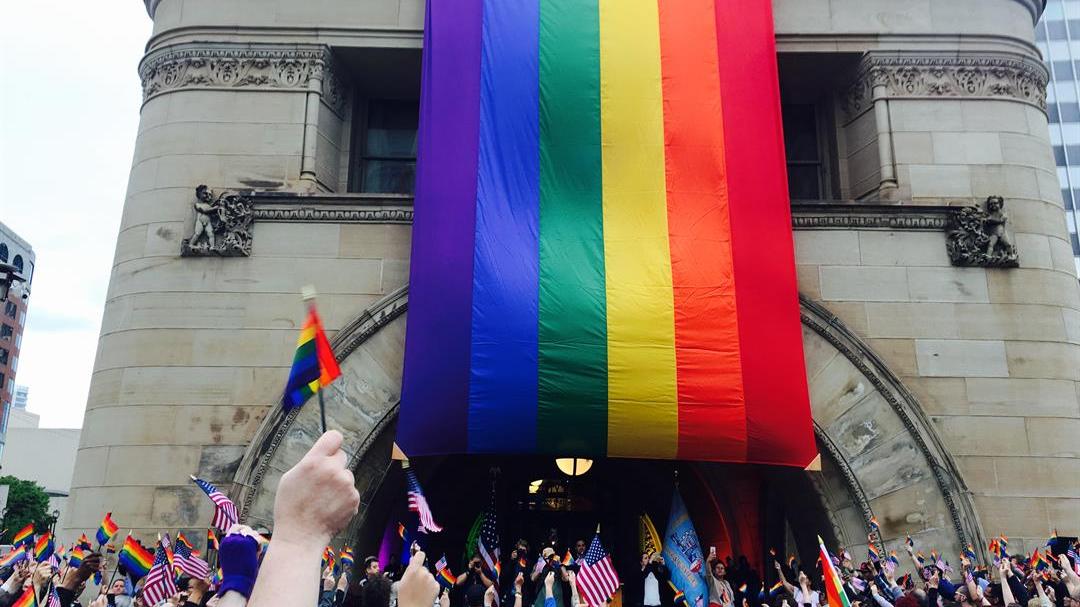 In Milwaukee hundreds of people crowd in front of City Hall for a vigil in honor of Orlando.
The Mayor and LGBT organization leaders spoke in front of hundreds gathered underneath this massive rainbow flag at City Hall.
The vigil lasted about 30 minutes, quick and to the point but powerful.
In silence people listened as Milwaukee City Hall bells rang 14 times - the number of mass shootings in Americas last 8 years.
Hundreds gripped candles and donated flags tightly remembering the 49 lives lost and the 53 others hurt in Orlando.
"I called him and called bad he wasn't answering and I was freaking out," says Alec Williams.
Alec Williams spent hours trying to get in touch with his cousin who was inside pulse nightclub when the shooting happened.
"Then I got a hold of him so it was okay.What did he say? He didn't say much he was in shock," says Alec Williams.
Some people believe the shooter, Omar Mateen, committed a racially motivated hate crime against Latinos in the LGBT community.
Lila Resendez is Mexican American.
"It was my people. You don't know it could be here in Milwaukee. We were at pride and something crazy could have happened," says Lila Resendez a Mexican American woman who is part of the LGBT community.
Mayor Tom Barrett says action doesn't stop with a few moments of silence, and stronger gun control laws is the country's only next step to peace.
"I don't think anything is going to happen unless we really start to rally and get our point through," says Justin Zupnik who attended the vigil.
US Bank has set up an account for victims along with people across the Nation who are directly affected. You can go to any US Bank and make a donation.