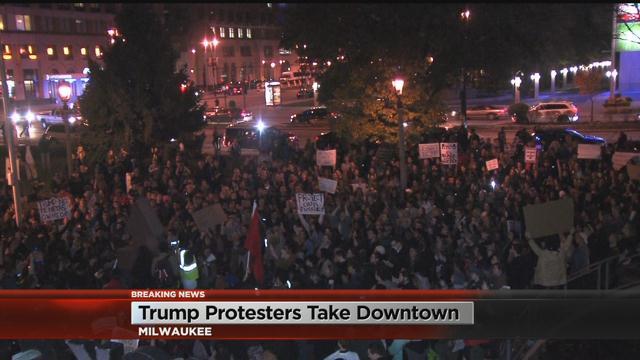 Hundreds of people took to the streets of Milwaukee protesting Donald Trump's election.

The group marched for about two miles through the streets of Milwaukee looping around the BMO Harris Bradley Center chanting and holding signs.

We heard chants of "Not My President" and "Donald Trump has got to go.”

Milwaukee Police closed off streets as the group moved keeping traffic out of the roads as they passed through.

The group remained peaceful and ended up at Red Arrow Park after about an hour of marching.

Emotions of anger, fear, and disappointment were all on display

An officer along the route said he thought about 600 people came out to march.