Hundreds March In Chicago For “A Day Without Immigrants” 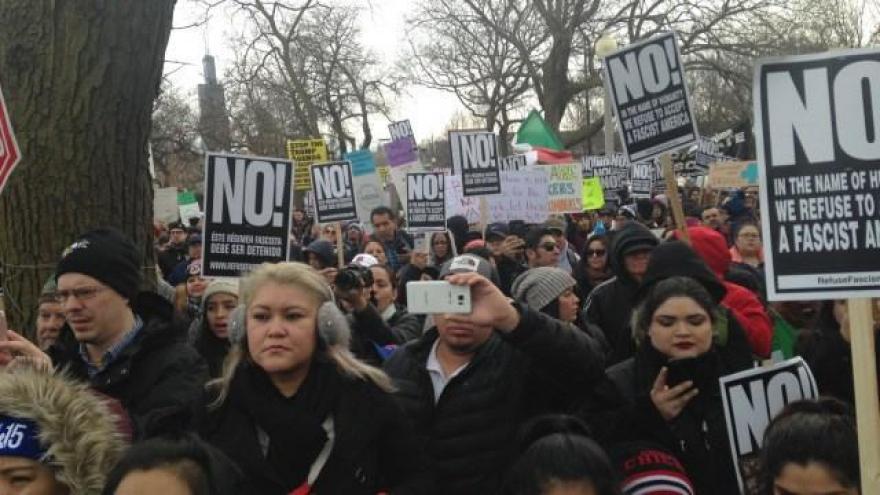 CHICAGO (CBS CHICAGO) — Hundreds of people gathered Thursday morning in Chicago for a rally, and then, march on what is being called by some, “A Day Without Immigrants.”

Some restaurants and businesses even closed in support of undocumented immigrants. WBBM’s Bernie Tafoya reports.

14-year-old Lizbeth Gomez’s parents are undocumented immigrants and she said they’re “both worried.” She wonders what would happen to her brothers and her if her parents were deported to Mexico.

Rosie Monreal’s husband is undocumented. She said she worries every day about the possibility he could be deported.

“He’s illegal, but he’s not a criminal,” Monreal said. “It’s always scary to think when he goes outside to go to work, if he’s going to come back.”

Monreal said, unfortunately, she and her husband have had to plan for the possibility and that would mean she would go to Mexico with him.

At the rally, protesters chanted in Spanish and English “Yes, We Can” and “U-S-A!” They also waved Mexican and American flags.

“They came here without anything and they really give us everything that we need,” said Jennifer Salgado.

18-year-old Jennifer Salgado’s parents are undocumented immigrants from Mexico and she said she doesn’t know what she’d do if her parents were sent back.

Salgado said her father “tries to avoid the subject” of possible deportation “because it’s too hard for him going back to Mexico.”

Salgado acknowledges President Obama deported a lot of undocumented immigrants, but she believes President Trump has done more harm in one month.