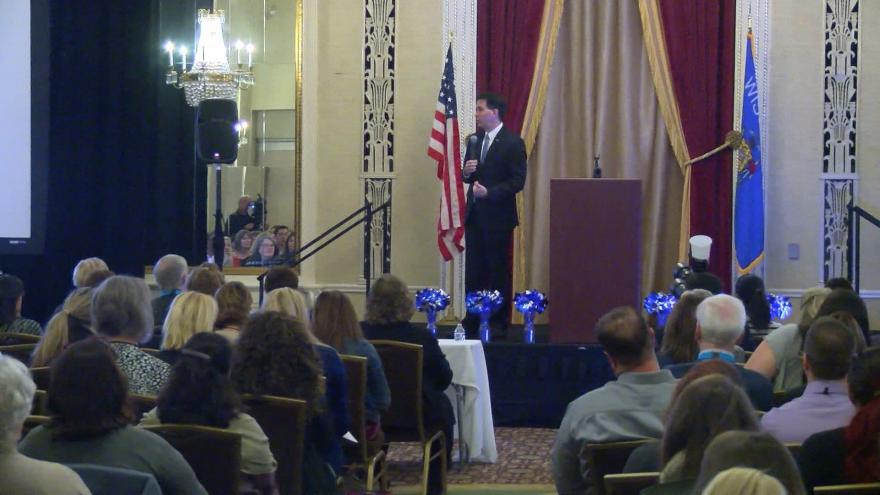 Hundreds gathered in downtown Milwaukee today, including Governor Scott Walker, in the name of victims of child abuse and domestic violence.

The international conference focused on domestic violence and child abuse as well as ways to break the cycle of violence that affects so many families. It happened at the Hilton Milwaukee City Center.

Governor Walker says his budget includes additional funds to expand resources for domestic violence and child abuse victims. He also mentioned efforts by the state to do more to stop the violence before it starts. One of those efforts is the 'Say Something Do Something' campaign.

"It's really an effort to try and draw attention to being more aware of situations where children may either be in abuse situations or being neglected by families and then doing something about it, getting the word out, having people say something about passing it on," said Governor Scott Walker.