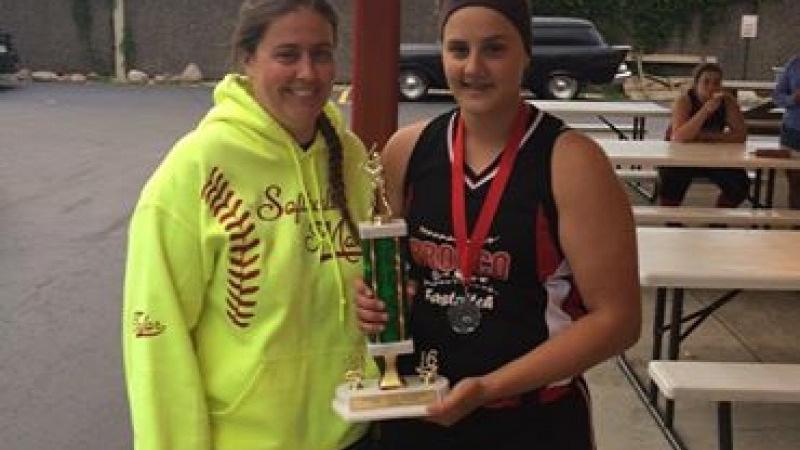 More than a hundred people gathered at Union Grove Baseball Park Saturday evening, to mourn the loss of 17-year-old Taylor Skendziel, who died following a crash near the Town of Yorkville on Wednesday.

It was a fitting place to gather, honoring a girl known for her kindness, and love of softball.

"I've been trying to stay strong, and just think of her out there in left field," said her best friend Ashley Andersen.

The vigil included a balloon release, and plenty of stories about Taylor.

Andersen says the tribute began on Friday, in an unexpected way. Her softball team decided to leave left field empty for the first pitch of the game in their weekend tournament.

"I started breaking down crying when that first pitch was thrown," she says. "And the other team just stood up in applause for us, it was amazing."

On Saturday, that support was clear at at the park, where dozens wore red shirts that read 'Angel on the Diamond'.

"Taylor was the epitome of good," says family friend Deb Redell. "She was a sports and academic role mode, just a great kid."

Skenzdiel's visitation and funeral will be held Friday and Saturday at the Union Grove High School. Family is asking visitors to wear team jerseys, as a way to honor Taylor.

A GoFundMe account for the family has also been set-up.