Hundreds Gather for March Against Trump in Milwaukee 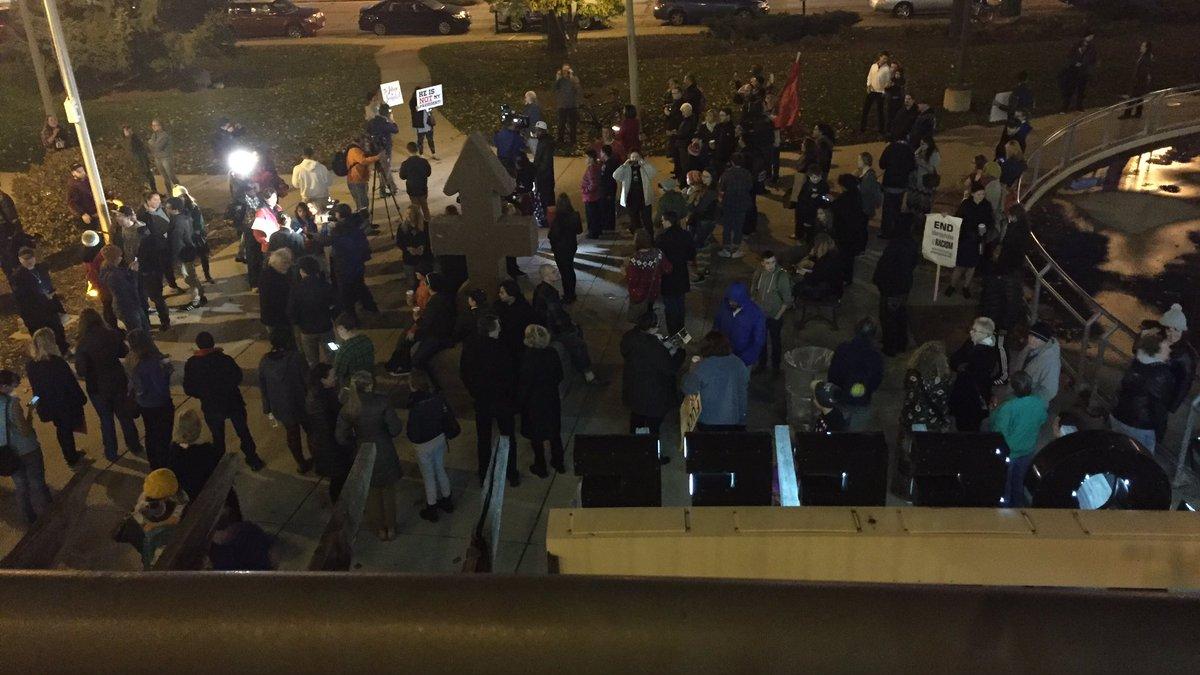 An estimated 600 people took to the streets of downtown Milwaukee Thursday to protest the nation's election of Donald Trump.

The group gathered at Red Arrow Park before marching round-trip to the Bradley Center.

It comes on the heels of dozens of protests in other large cities across the country, many on the streets outside properties owned by Trump.

"I'm terrified, I'm scared I'm angry," said Ali Wicks-lin, who attended with her wife and two children. "I feel like the only way I'll be able to take care of one another, is to show up."

Milwaukee Police helped the group move peacefully through the streets, shutting down roads as protesters moved through downtown.

"What happened has already occurred, it's already over," said one man. "All we can do now is galvanize the movement. What are we going to do to prevent this from happening in the future?"

Others showed up to call on the thousands of Wisconsinites who did not vote on Tuesday.

"I need to call out Milwaukee," said a man who only named himself as Mark. "Six million democrats did not vote compared to four years ago. We handed this to him on a silver platter. It makes me sick to my stomach that on January 20th, he is sleeping in the White House."