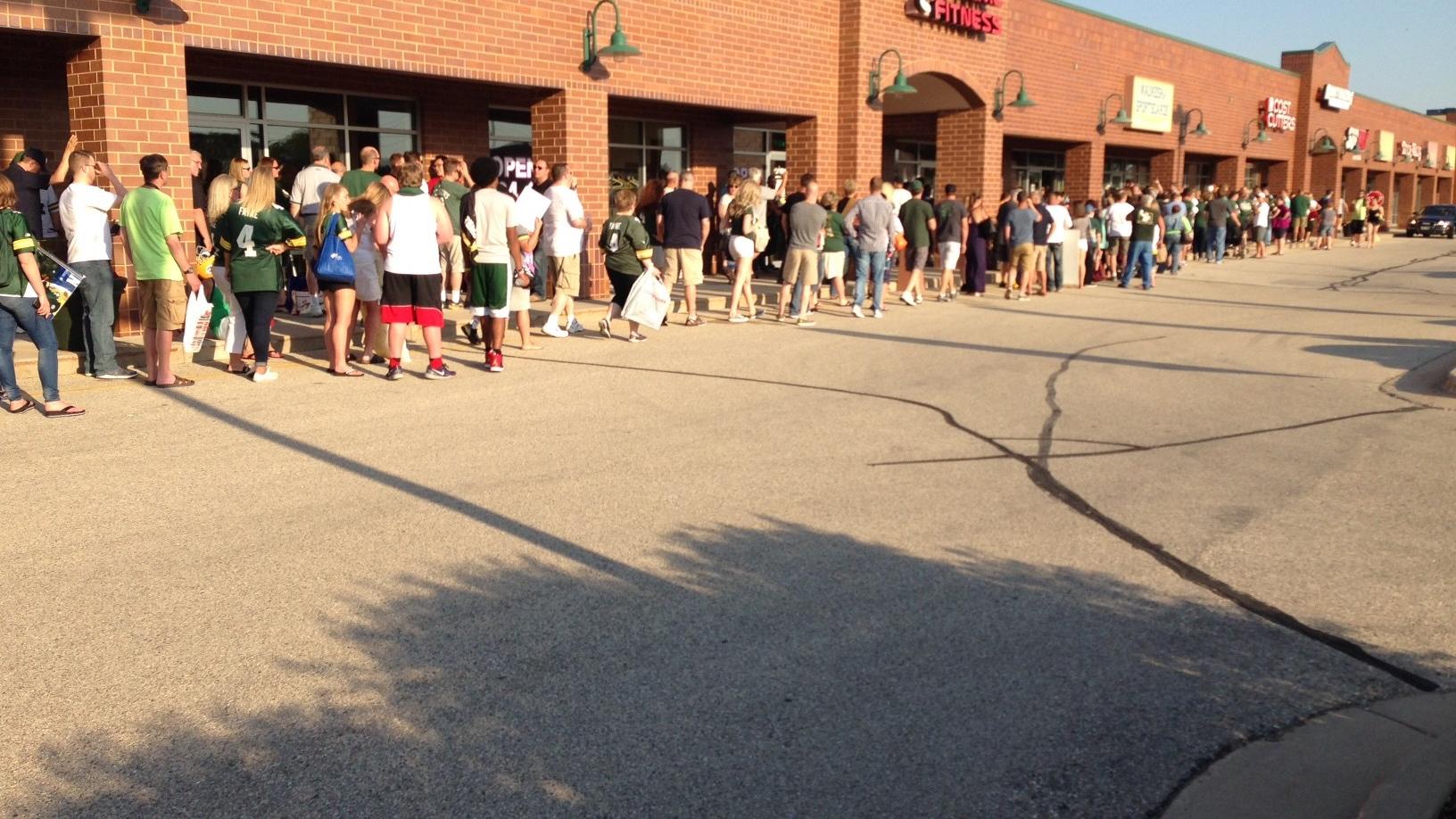 Hundreds waited in line outside Waukesha Sportscards Friday for a chance to meet Brett Favre, holding his first public signing in Southeast Wisconsin in nearly 20 years.

The event was part of a fundraising effort for Favre's Favre4Hope charity, which raises money in part for children with disabilities.

By 2:00, Joshua Gloughlin was already in line, with a mini-helmet in hand.

"I've been a fan since I was a teenager and always wanted to meet him and never, so I just had to do it," he says. "There could not be another chance, it doesn't come often."

Those hoping for an autograph had to shell out the big bucks. The cheapest autograph was $250, ranging to a $380 VIP photo-op with Favre.

"I think fans understand where it's going," says Waukesha Sportscards Owner Robb Dobratz. "It's a good cause, and they're ready to come out."

Dobratz estimated between 300-500 people attended the event, braving temperatures in the 90's to wait outside. For Gloughlin, it was worth the wait.

"This helmet is never going anywhere," he says. "It's gonna go with the rest of my stuff on the shelf. I'm never selling it."

Favre is set to remain in Wisconsin through the weekend, participating in the Trek100 bike ride Saturday morning.