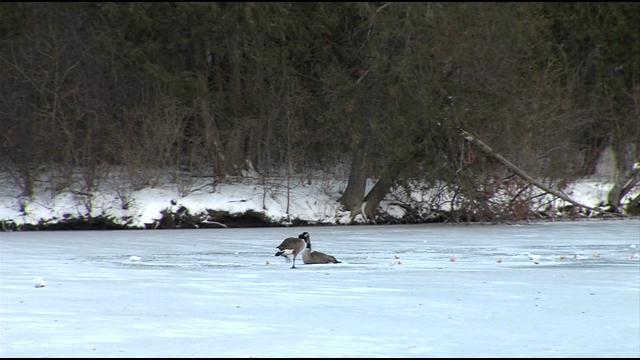 The Humane Society tells CBS 58 News that  it will attempt to free a Canada Goose trapped in a frozen over pond in Greenfield Park.

They believe the goose, which has been trapped there since Wednesday, has a broken foot.

A mate is standing by.

On Thursday, the DNR said the ice was too thin to try to rescue the bird.

Now the Humane Society says it will go out again Saturday to bait them and try to catch the geese.

Concerned viewers brought the bird's plight to the attention of CBS 58 News on Thanksgiving.

The goose had both feet encased in the ice and appeared unable to move.

There is a decent chance the ice will melt by Saturday.

According to the experts, Canada Geese can go up to 30 days without eating.