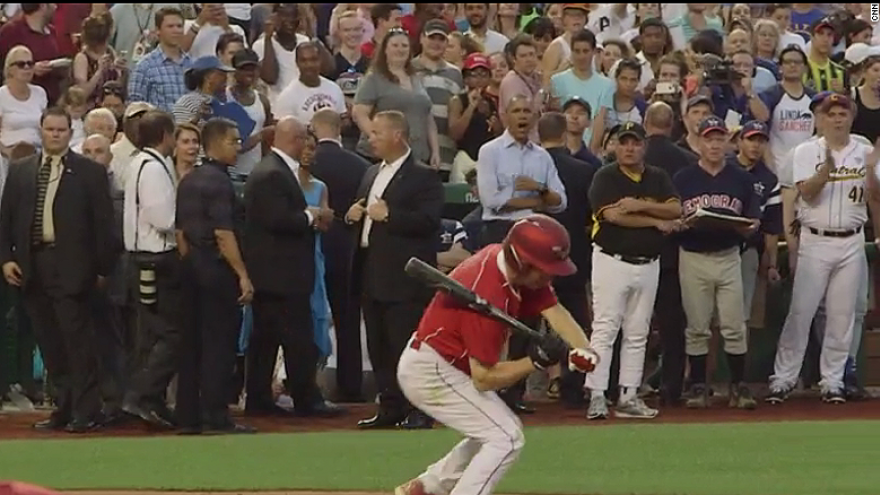 (CNN) Horror struck the GOP congressional baseball team's practice this week when a gunman open fired on the field, but the annual tradition -- the 2017 Congressional Baseball Game for Charity -- will still take place Thursday night as planned.

Tickets for the game are $10 and can be bought online here, but even if you can't make the trek to Nationals Park in Washington, DC, you can still watch members of Congress play America's favorite pastime.

The game originated in 1909 and is "the only annual partisan event beloved by all and enjoyed by thousands," according to the Congressional Baseball Game's website.

On Wednesday morning, a gunman ambushed the field where the Republican team was practicing in Arlington, Virginia.

At least six people were hospitalized -- four were shot, including House Whip Steve Scalise, who remains in critical condition.

The alleged gunman was killed by authorities, and was identified as James Hodgkinson of Belleville, Illinois.