How to Talk to Children About Sexual Abuse 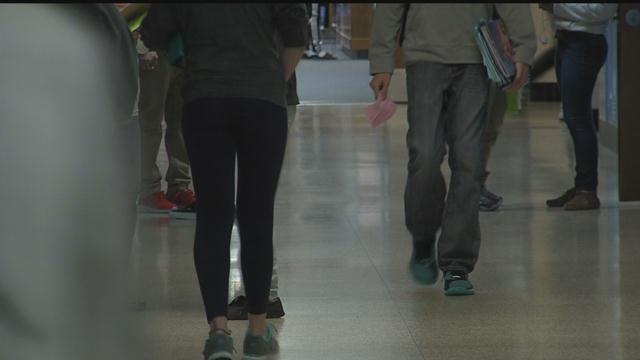 It started with a CBS 58 report about the arrest of a former group home operator who police say raped a teenage boy at gunpoint. It has now mushroomed into a country wide search for other potential victims of Jermarro Dantzler who according to sources would allegedly bribe and intimidate victims or witnesses to keep quiet.

Unfortunately we know this can happen anywhere to any child.

Experts on sexual assault tell CBS 58 it can sometimes be even worse for a boy who has been raped due to a long lasting stigma.

"That this young man told somebody is incredible, because boys don't usually come forward. There's so much stigma, that they may be gay or that there's something wrong with them, especially if they're raped by a same sex perpetrator," says Cathy Raney who works directly with sexual assault victims at Pathfinders Milwaukee.

She says the warning signs and approach are different between boys and girls, "a girl may continue to have the symptoms of looking withdrawn and depressed where boys are more likely to act out and look angry and mad."

With a child, it's important to be tactful, “you may have to ask them, did someone touch you in your swim suit area? Did someone do something you didn't like?" says Raney.

But you may need to be blunt with a teenager, "where you could just say, did someone hurt you? What happened? I'm noticing a difference.

The Executive Director of Aurora Health Care backs Raney's theory of the stigma surrounding male victims, “there were times in our history, social services would go in and they ask the family if sexual abuse is happening, and they'd only ask the little girls and not ask the little boys."

According to the CDC, one in every six boys are sexually abused before the age of 18, and approximately 1.8 million adolescents have been the victims of sexual assault.