How to learn about investing...by watching Netflix 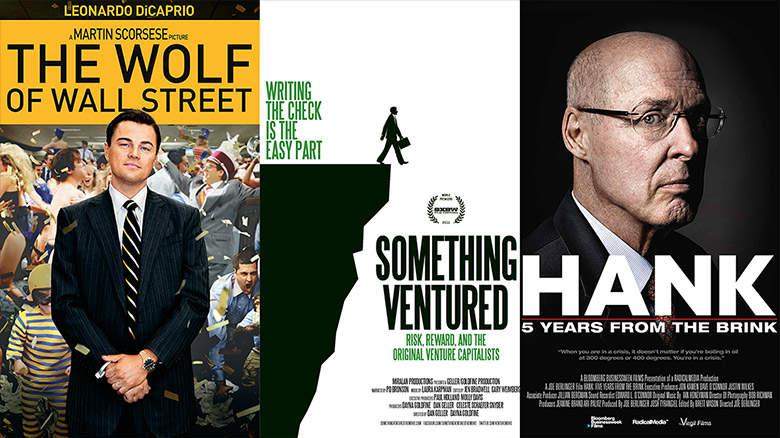 NEW YORK (CNNMoney) -- Too many Americans think of the stock market as the \"final frontier\" -- something worthy of a Star Trek episode.

After the recent wild stock market swings in China, Europe and the United States, it can all feel even more bewildering. But it's easier than you might think to \"boldly go\" where many others like famed investor Warren Buffett have gone before.

There are a lot of ways to learn about stocks, bonds, hedge funds, real estate and more. Many start by reading Buffett's annual letters (he's written 50 of them now) or picking up a copy of \"The Intelligent Investor\" by Benjamin Graham, a book first published in 1949 that is viewed as almost sacred advice. We also suggest checking out CNNMoney's Money Essentials guide.

But you can also learn a lot about investing and economics by simply lounging around watching Netflix. The next time you're in need of a late-night or weekend Netflix fix, consider these films:

This documentary is a crash course in Economics 101 and Investing 101. The focus is on what the heck happened to cause the 2008 financial crisis and Great Recession. It's a good reminder of what red flags to watch for when you invest. Perhaps the best part is hearing from a former Wall Street banker who lost his job in the crisis and now leads tours of famous financial landmarks in Manhattan. This punchy film will hold your attention for most of the one hour and 45 minutes.

Ever wonder how Silicon Valley got started and what it was like before Larry Page and Mark Zuckerberg arrived? Something ventured takes you behind the scenes of the early days of tech and \"venture capital\" investing. You learn about the rise of companies like Intel, Atari and Apple. At only an hour and 25 minutes, it's a must watch documentary for anyone planning to start a company or buy tech stocks.

If you have 15 minutes to burn, watch the opening of this documentary. It's all about what you should know when buying or selling a house. Ever wonder if your real estate agent is really helping you out? Well, economist Steven Levitt looked at the data. If you hear his results, you're likely to be much smarter when it comes time to make real estate decisions of your own.

Based (loosely) on a true story, the film follows the life of one of the most infamous Wall Street swindlers of all time: New York stockbroker Jordan Belfort. Leonardo DiCaprio plays Belfort in the version that's currently available on Netflix. Beyond shaking your head at all the waste and debauchery of some on Wall Street, this film serves as a valuable reminder to beware of so-called \"penny stocks.\" Belfort made most of his money by essentially manipulating cheap stocks that trade for less than a dollar and can often move dramatically up or down in price. Naive investors can get burned.

Everyone likes a good biography. This documentary looks at Hank Paulson, the former head of Goldman Sachs who became U.S. Treasury Secretary at the end of President George W. Bush's time in office. That means Paulson was the key man in charge as the financial crisis was unraveling and the White House wanted a $700 billion fund to save the economy. It's up to you if you want to watch the initial 20 minutes of the film that tells the story of Paulson's early life, but you'll want to hear his thoughts on the biggest crisis since the Great Depression.

Oil, oil, oil. It's a key driver of U.S. economic and foreign policy. This intriguing documentary takes you from the rise of American oil barons like John D. Rockefeller in the 19th Century all the way to oil's boom and busts. The documentary ends at a time when oil prices were very high. Of course, oil prices have recently crashed. It's not great for helping you decide how to invest now, but it's a good history lesson in how OPEC works, how prices are set on the market and how America has been playing the oil game.

Bonus: Warren Buffett. There was a great Bloomberg \"Game Changers\" documentary about the life of Warren Buffett available on Netflix last fall. Sadly, it's no longer there, but keep an eye out to see if they bring it back (or any other film about Buffett).