How to Drink Wine without Removing the Cork 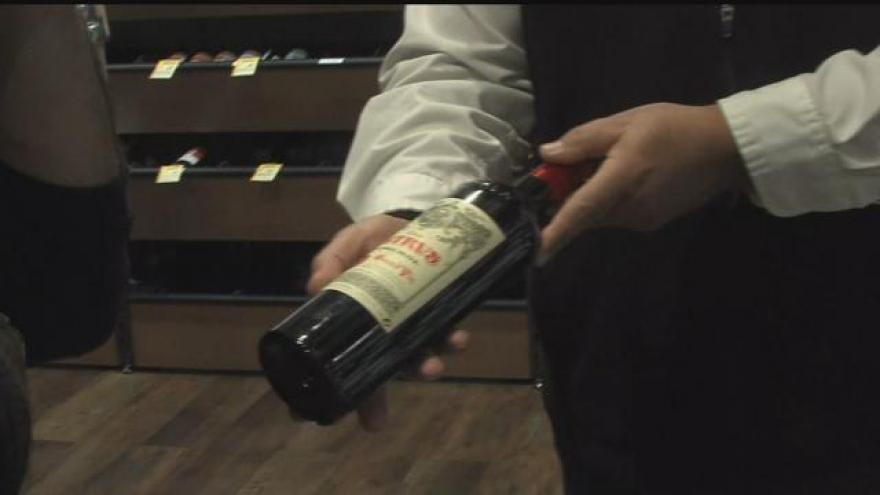 (CNN MONEY) How can you enjoy fine wine by the glass without having the rest of the bottle turn to vinegar?

That was the challenge Greg Lambrecht set out to solve when his wife gave up alcohol while pregnant.

Frustrated by opening bottles of wine that would then go to waste, he invented Coravin -- a device that allows you to pour a glass without removing the cork.

It works like this: A thin, hollow needle is pushed through the cork to inject argon gas into the bottle. The gas pressure forces wine back up through the same needle and into the glass, while preventing the rest of the bottle from oxidizing. When the needle is withdrawn, the cork reseals.

Lambrecht's inspiration for Coravin came from medicine. After studying nuclear engineering at MIT, he went into medical engineering after working at Johnson & Johnson (JNJ).

"I thought - in medicine we go through things all the time with needles and don't damage them," he said.

"My dad is diabetic, he has an insulin bottle, he sticks his needle through, he drives in the insulin. Maybe I can go through this cork and try to suck out wine like my dad does with insulin?"

Coravin is available in 50 countries for $299, or $199 depending on how slick you want your model. The argon capsules cost $11 each and need replacing after 15 glasses of wine.

That begins to add up. The cost of pouring six glasses would add more than $4 to the price of a bottle.

But the serial entrepreneur rejects suggestions that Coravin is a luxury product.

"I use Coravin even on a $10 bottle of wine. It's about drinking the amount I want and having that wine in the perfect shape every time I taste it," Lambrecht said.

Coravin's biggest markets are in the U.S., U.K., and France but it's hoping to grow in China and Japan as well as South Africa, Australia and New Zealand.

The company hired Frédéric Lévy, former president of Nespresso North America, as CEO in 2015 to lead its expansion. One of his early deals was with Morton's The Steakhouse.

The restaurant chain was one of the first to offer premium wines by the glass using Coravin. Lambrecht says his product can save restaurateurs a whole lot of money by preventing waste.

However, individual consumers still account for 90% of Coravin's business. Lambrecht said it allows people to taste a far broader range of wine -- and that's proving particularly appealing to younger drinkers.

"I've met more Millennials who have had Txakolina wine [from the Basque County in Spain] than Cabernet," he said.