How quickly can I get my federal income tax refund in 2018? 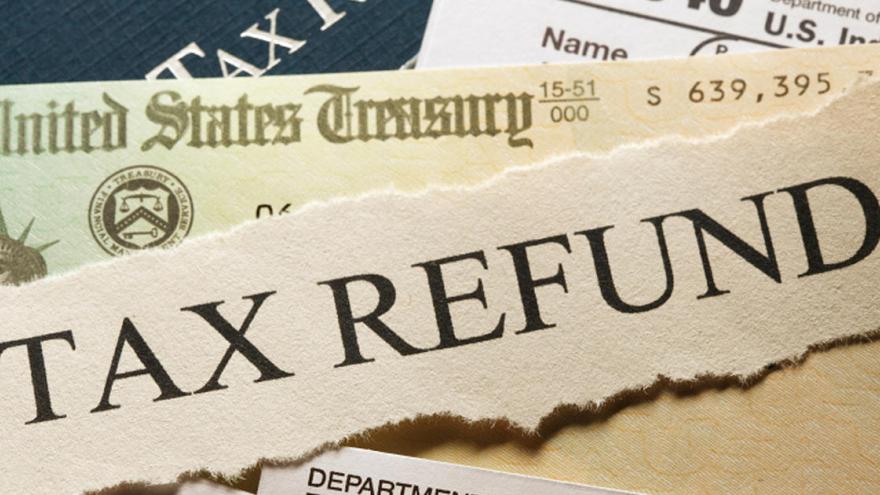 (CBS NEWS) -- For millions of Americans, the beginning of the year means that tax time is right around the corner, and the majority of households will be receiving a tax refund. Tax season starts a little later this year than in recent years, but Americans who file their returns electronically and choose to have their refund directly deposited could get their refund as soon as mid-February.

The IRS recently announced that tax filing season will start on Jan. 29, 2018, for 2017 tax returns. This is the date when the IRS will begin accepting individual tax returns that are electronically submitted.

Another point to note is that just because you can file on Jan. 29, doesn't mean that you'll be ready to do so. Some tax documents don't even need to be sent to individuals until mid-February, so be sure you've received all of the documentation you need before submitting a return.

Refund times and delays beyond the typical 21 days

Obviously, if you want to get your refund as quickly as possible, you need to file as soon as possible after the Jan. 29 tax season start date.

While the IRS doesn't commit to a specific refund time based on when you submit your return, the agency does say that it anticipates more than 90% of refunds will be issued within 21 days. In other words, most people who submit their returns at the start of filing season can expect their refunds in mid-to-late February. However, there are several factors that could cause your refund to take longer, such as the need for the IRS to review or verify certain information. Also, after the IRS processes a refund, it can take additional time to be processed by your financial institution.

If you want an estimate of when you might receive your tax refund, my colleague Dan Caplinger recently made an excellent refund estimation chart for different filing dates, filing methods, and refund methods. As you might expect, the combination of electronic filing and direct deposit typically results in the fastest possible refund.

For the most accurate estimate, after you submit your return and it is accepted by the IRS, the IRS's "Where's My Refund" tool can give you a good idea of when you can expect your money.

In addition to the processing delay for paper tax returns that I discussed earlier, there are some other factors that could cause your refund to be delayed, especially if you file soon after tax season begins.

Specifically, if you claim the Earned Income Tax Credit (EITC) or the Additional Child Tax Credit (ACTC), the IRS cannot issue you a refund until mid-February at the earliest. According to a recent bulletin from the IRS, the earliest date the agency anticipates refunds being available in bank accounts of households claiming these credits is Feb. 27.

One other reason to file as soon as possible: the Equifax breach

Specifically, one major variety of identity theft involves criminals filing phony tax returns under the names of unsuspecting Americans with the purpose of claiming a refund to which they aren't entitled. And while the IRS has gotten much better about detecting and preventing fraudulent returns over the past few years -- improved safeguards helped it stop 787,000 fraudulent returns in 2016 -- this is still a major threat, especially considering the recent massive Equifax data breach.

Here's where filing early can help. The IRS only accepts one return per Social Security number, so if you get your return in as soon as possible, thieves who attempt to steal a refund using your name could find themselves out of luck.

The bottom line is that it can be smart to file your tax return as soon as you can, even if you aren't entitled to a refund. If you end up owing the IRS money, you still have until the April 17 tax deadline to pay the balance, and doing so can prevent the headaches involved with finding out that someone other than you has already filed under your name.

This article originally appeared on the investing website Motley Fool.