How long will it take Stephen Colbert to find his groove? 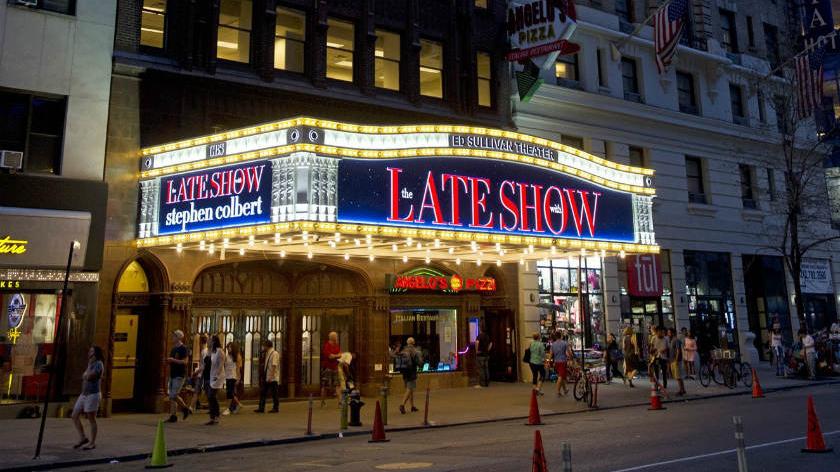 (CNN) -- On Tuesday night, Stephen Colbert made his debut as host of \"The Late Show\" on CBS.

On Wednesday, though the reviews were generally favorable, there were those who couldn't help but complain. You'd think that Colbert had already jumped the shark, that he was never going to be as good as he was on \"The Colbert Report\" -- or \"Strangers With Candy\" or \"Exit 57,\" depending on how contrary the observer wanted to be.

The thing is, it takes shows -- and their hosts -- time to hit their stride. And yet, we want them to be instantly classic.

Conan O'Brien was making fun of such instant judgments back in 1993, when he opened his first show as \"Late Night\" host by preparing to hang himself. In real life, NBC was so nervous and impatient that the network gave O'Brien a series of 13-week contracts.

And yet there came a time when O'Brien -- who now plies his trade on TBS, like CNN a unit of Time Warner -- came to be a treasured part of the late-night landscape, with his fans eagerly awaiting the next episode and even non-fans acknowledging his impact.

When does that happen? Sometimes it takes years; in recent times, when social media accelerates everything, it may happen in a matter of months.

Here's when some late-night hosts found their grooves:

It seems odd to think that there once was a time when Carson, who hosted the \"Tonight Show\" for 30 years, was not beloved. He did his first show in 1962; the much-rebroadcast Ed Ames bit, in which Ames flung a tomahawk into the groin of a cowboy outline, took place in 1965. (Even John Lennon and Paul McCartney appeared on the show -- opposite guest host Joe Garagiola -- in 1968.)

But if there ever was a moment when Carson became the center of the showbiz universe, it was December 17, 1969, when novelty singing star Tiny Tim married his 17-year-old fiancee, Miss Vicki, live on the show. The episode was watched by 21 million viewers -- numbers most any prime-time show these days would love to get. (Some sources have the number of viewers at an astonishing 45 million.)

The marriage didn't last -- Tiny Tim and Miss Vicki divorced in 1977 -- but Carson's \"Tonight Show\" established itself as the powerhouse that crushed all comers. When he stepped down in 1992, it was on top.

While Carson was racking up the numbers, the erudite Cavett (a Carson colleague and former \"Tonight\" writer) was hosting a rival show on ABC. It tended to be both more youth- and intellectual-oriented.

Though Cavett had his share of notable moments -- the Gore Vidal-Norman Mailer is a highlight for fans -- his bona fides were proved early on, when he hosted a post-Woodstock sit-down with the Jefferson Airplane; two-thirds of Crosby, Stills & Nash; and Joni Mitchell. The latter had skipped the concert to appear on Cavett's show.

Part of the charm of the 1980s David Letterman -- the one who hosted NBC's \"Late Night\" -- was that he was a cult figure, ignored by the masses who didn't care about Alka-Seltzer suits or dropping objects from tall buildings.

But that didn't mean he couldn't reach the mainstream. He'd already guest-hosted the \"Tonight Show,\" and in 1985, he came up with what would become a storied Letterman tradition: the Top Ten list. The list, which became the subject of some best-selling books, would follow him to CBS and all the way to his final show.

Hall's late-night show was fairly short-lived, but for a time, it caught the zeitgeist. There was the audience \"woofing,\" for one thing, and then there were the guests: more diverse than the ones booked on his competitors.

That was probably one reason that then-presidential candidate Bill Clinton decided to go on Hall's show in 1992 -- and play the saxophone, no less. That kind of pop cultural catering was nothing new -- Richard Nixon played the piano on Jack Paar's variety show -- but still unusual. Now, we expect our candidates to \"humanize\" themselves.

Leno's ascension in 1992 as Carson's \"Tonight Show\" successor led to the \"late-night wars,\" which created a rivalry when perceived Carson heir Letterman, overlooked for the job, started a show on CBS. For the first couple years of the Leno-Letterman rivalry, Letterman held the upper hand.

And then came Hugh Grant.

The British actor had been caught engaging in lewd conduct with a prostitute a couple weeks before his Leno appearance in 1995. Leno didn't miss a chance to ask Grant what happened. As he put it, \"What the hell were you thinking?\"

From that point on, Leno rarely relinquished first place in the ratings.

It helped that a bit from O'Brien's writer Robert Smigel, Triumph the Insult Comic Dog, caught on. The wisenheimer puppet made his first appearance in 1997.

Stewart had experience in late night, thanks to his mid-'90s MTV show. By the time he landed the \"Daily Show\" hosting job in 1999, he had some idea of what he wanted -- including adding more politics to the mix.

The 2000 election gave Stewart a golden opportunity to mock the system (including media coverage), something he never stopped doing.

Similarly, Colbert had been getting ready for his hosting gig on \"The Colbert Report\" with his frequent appearances on Stewart's \"Daily Show.\" His blowhard character emerged fully formed on the very first \"Colbert Report.\"

But it was his monologue at the 2006 White House Correspondents Dinner that gave Colbert a wider audience and helped make his show almost as popular as Stewart's. How could NASA resist naming a treadmill after him?

ABC was rarely competitive in the late-night wars -- and, frankly, rarely tried, since it was running a news show (\"Nightline\") against entertainment programs. Kimmel, whose \"Jimmy Kimmel Live!\" went on the air in 2003, started breaking through thanks to some clever viral videos, especially a pair involving Matt Damon and Ben Affleck that aired in 2008.

Kimmel and his rivals now seek to dominate one another on the Internet as well as on air.

Jimmy Fallon's \"Tonight Show\" debuted February 17, 2014, but it already seems like it's been on as long as Carson. Maybe that's because Fallon has become ubiquitous with his online presence, showcasing classroom musical instruments, lip-sync battles and Neil Young impressions, including some bits he did on \"Late Night.\"

Within a month of Fallon's \"Tonight\" debut, he'd gotten Kevin Bacon to parody his old \"Footloose\" routine. The YouTube video has tallied close to 20 million views.