How a high-tech bra could be your next doctor 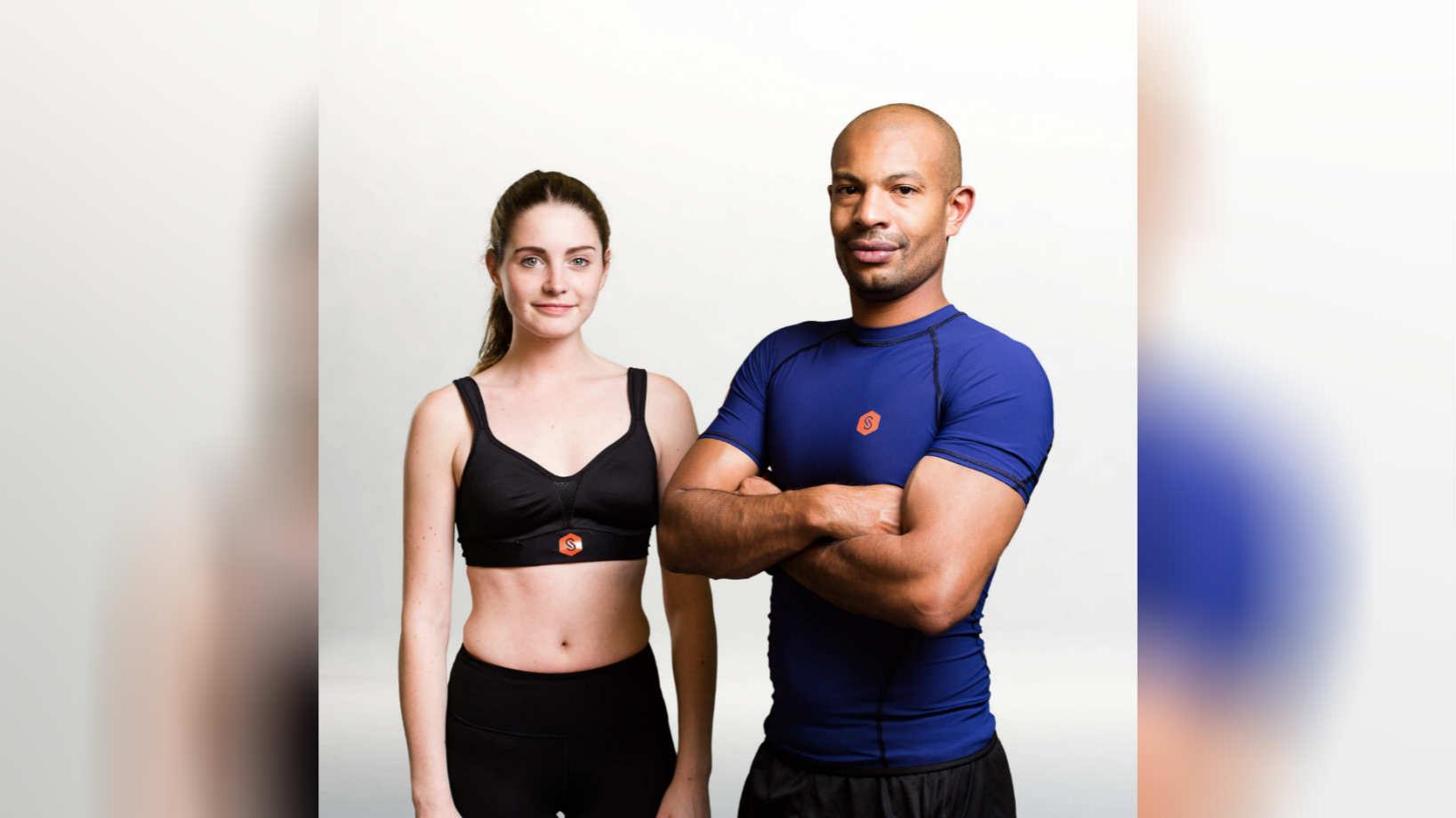 The burgeoning market for intelligent clothing that can measure stats including your heart and respiratory rate has resulted in a broad range of wearables which could one-day act simultaneously as an on-call doctor.

\"[People] can be monitored 24/7 and not have to be in hospital to do it,\" says Bennet Fisher, of CircuiteX, the smart fabrics arm of Noble Biomaterials. \"The data collected ... can provide a general profile of a person's health.\"

It's all about silver

The technology is based on the use of conductive yarns -- most commonly made with silver -- which are woven into fabrics to act as sensors that detect electrical signals, acting as electrocardiograms (ECGs) and electromyograms (EMGs) to measure heart rate and muscle activity respectively.

The silver can either be woven in throughout a piece of clothing or else through tapes or patches sewn into specific regions.

\"You can put it in any close-fitting garment,\" says Andy Baker, CEO of SmartLife, whose t-shirts and sports bra are set to launch in September 2015. The closer the sensor to the skin, the better the signal detected.

Signals are then transmitted to detectors -- in the form of apps on a smartphone or tablet -- easily carried by the wearer. The information collected can also be uploaded to the cloud or sent to a third party, such as a doctor. Baker thinks this line of clothing could revolutionize medical practices.

\"We could put a t-shirt on 20 people in a ward and a clinician can walk in with an i-Pad and see all 20 heart rates,\" says Baker. The rules of medical approval mean such an application is still a few years away, but Smartlife is targeting medical use by 2017. \"We don't want to diagnose, just collect and share the data as they wish,\" adds Baker.

The most prominent types of clothing in development were originally intended to monitor athletes as part of their training, but are now set to benefit the health of the general public.

T-shirts, sports bras and shorts are currently being trialed by companies such as CircuiteX, SmartLife and Finland-based Clothing+.

\"If you become ill, in the hospital the doctor will first do some tests like take your pulse, blood pressure and temperature,\" says Mikko Malmivaara, head of marketing at Clothing+. This baseline information is crucial for doctors to get a snapshot of their patient's state of health. But longer-term data could be even more valuable as a comparison. \"If the doctor had access to the patient's biodata from a longer period back, they could make a far better diagnosis, seeing trends in the data,\" adds Malmivaara.

The close-fitting nature of sports shirts and bras makes them a popular choice among those developing the technology, with CircuiteX counting Victoria's Secret and Adidas among its clients now opting to enable their customers to track their vital signs.

SmartLife and Clothing+ are also developing health vests to be worn under normal clothing either throughout the day or at crucial times of day -- such as during people's morning routine. The tomography vest developed by Clothing+ is aimed at cardiac patients. \"During their normal routines ... the vest scans the lungs for fluid and ... can detect a weakening heart up to 10 days prior to a collapse,\" claims Malmivaara, who says that one of the symptoms of a failing heart is fluid accumulating in the lungs.

The versatility of smart fabrics has enabled their use to extend beyond everyday apparel to clothing such as edema socks and materials such as smart bandages. The data collected also extends beyond heart rates to more specific indicators such as inflammation and pressure.

Socks designed by Danish company Ohmatex monitor edema -- fluid retention commonly in the feet and legs -- by electronically measuring the circumference of the wearer's leg. The presence of fluid is an early warning sign of heart failure or pre-eclampsia. \"Patients can be [made] aware of increased swelling,\" says Christian Dalsgaard, chief technical officer at Ohmatex. \"Edema is not well understood but is an indicator something is wrong,\" he says.

Next on the agenda for SmartLife are compression bandages that use two-way signals in and out of the fabric to track how far a bandage is being stretched, as well as the pressure it's putting on the wearer. This should help medical professionals to apply bandages securely and with more accuracy, in addition to then monitoring any movement in the wearer once fitted. \"[Wounds] only heal if they have the correct pressure,\" says Baker.

Ohmatex is not prioritizing everyday wearers but instead dedicated professions, ranging from firefighters to astronauts.

Among its earlier innovations was the use of temperature sensors in fire suits to prevent firefighters overheating whilst in action, which have now been trialled in U.S. firefighter academies. \"Heat stress can make a firefighter collapse due to dehydration and temperature shock,\" says Dalsgaard. Three signals are collected to monitor the temperature outside of a fire suit and heat levels close to the skin, with alarms then signaling when to leave.

Currently in development -- in association with the European Space Agency (ESA) -- is smart clothing for astronauts to monitor muscle activity and wasting whilst in zero gravity. Astronauts need to exercise regularly when in space to prevent their muscles from wasting, as no forces are acting on them to keep them in shape. \"If you don't [exercise] your muscles will decrease within 20 to 30 days and you won't walk when you return,\" says Dalsgaard. Data that gives a clear indication of an astronaut's muscle development could help to personalize their training regime.

Dalsgaard hopes his new line of space clothing will be on the catwalks of the International Space Station in 2017.