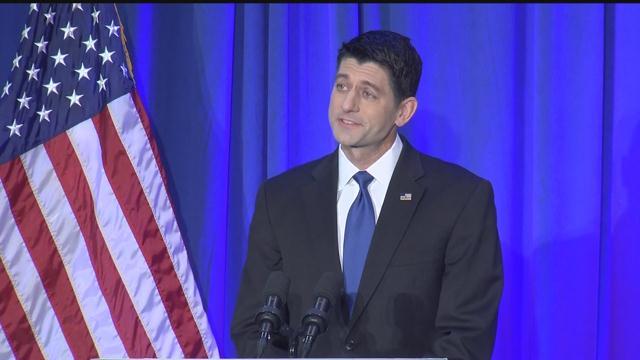 (AP) House Speaker Paul Ryan says Donald Trump's victory has turned politics on its head. He said he expects the new president to work hand-in-hand with the Republican-led Congress.

Speaking Wednesday in Janesville, Wisconsin, an ebullient Ryan said Trump has earned a mandate to enact his agenda.

He thanked Trump for his "coattails" during the election that bolstered the Republican majority in the House.

Ryan has said he wants to be speaker in the new Congress and has expressed confidence in doing so. But he could face resistance from the Freedom Caucus, which chased former Speaker John Boehner from Congress last year. Other Republicans are upset over Ryan's frigid treatment of Trump.

Ryan says his relationship with Trump is fine. He's urging Republicans and Democrats to focus on "redemption, not recrimination."