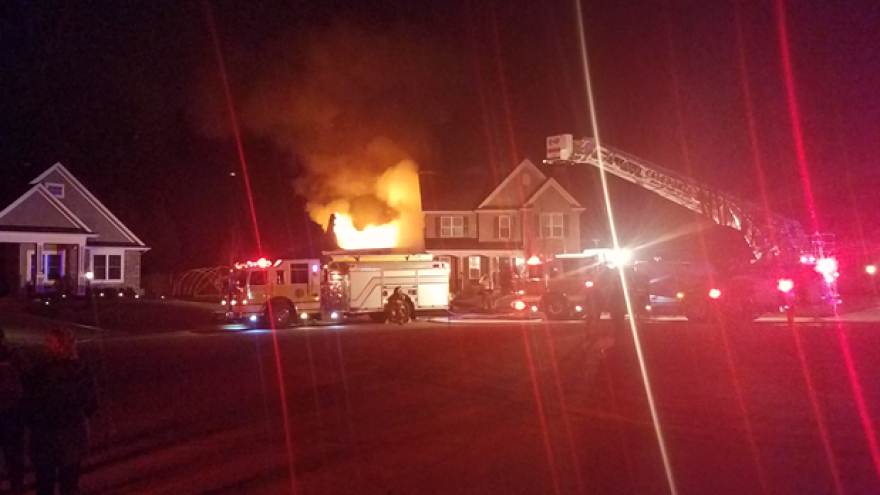 MOUNT PLEASANT, WI (CBS 58) -- No injuries were reported in a late night house fire in Mount Pleasant despite the extensive damage, estimated at $200,000, to the home.

Around 11:15 PM Friday, a passerby spotted smoke coming from the back of a house in the 2000 block of Spring Meadow Court and reported it to authorities.    When South Shore Firefighters arrived four minutes later,  thick black smoke was coming from the structure and flames as high as 40 feet were scene at the back of the garage extending to the second floor of the house.   All of the occupants were able to get out of the home unharmed before firefighters arrived.  The fire was put under control in about  55 minutes.

According to the South Shore Fire Department, the garage roof collapsed onto several vehicles and there was fire damage to the interior of the home.   The house is considered unlivable at this time.