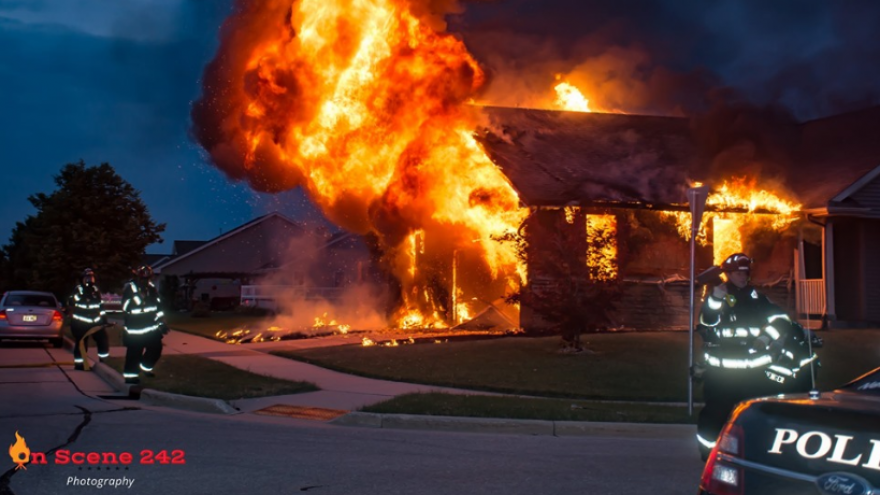 According to the Kenosha Fire Department, the four people home at the time of the fire were able to escape the blaze unharmed.

Firefighters were on scene for roughly two hours.

The fire originated in the attached garage and then extended into the attic of the house.

The estimated dollar amount of damage is not available, but officials say the home received extensive fire, smoke and water damage.