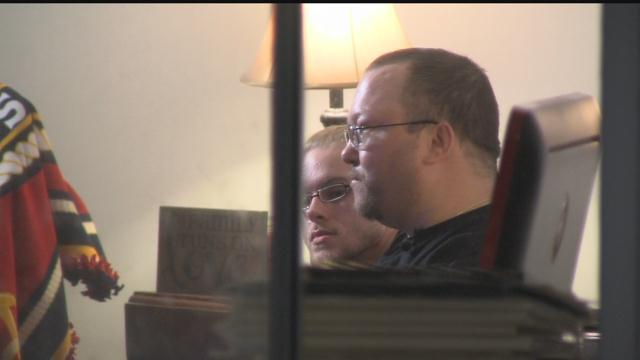 Wally Truelove loves his son. He said he raised him right, but couldn't believe it when Zach said Donald Trump was his man.

Although Zach didn't actually say the name at first.

"We we're just talking about politics at dinner and he said I can't vote for the lady," recalled Wally. "I'm voting for the guy. And I said the guy? You mean Trump?"

Zach admits he was hesitant to disclose his choice at first.

He figured it would lead to some arguments and it did.

"We've had some arguments here and there," said Zach.

"He can get loud," added Wally.

At this point, they have given up to a certain extent on getting the other to change his vote.

"I've tried to convert him," said Wally. "It ain't happening."

Mom had set the ground rule that nobody goes to bed angry and Wally said he's just proud that his son is choosing to exercise his right to vote.

And when the election is over, they can argue about football.