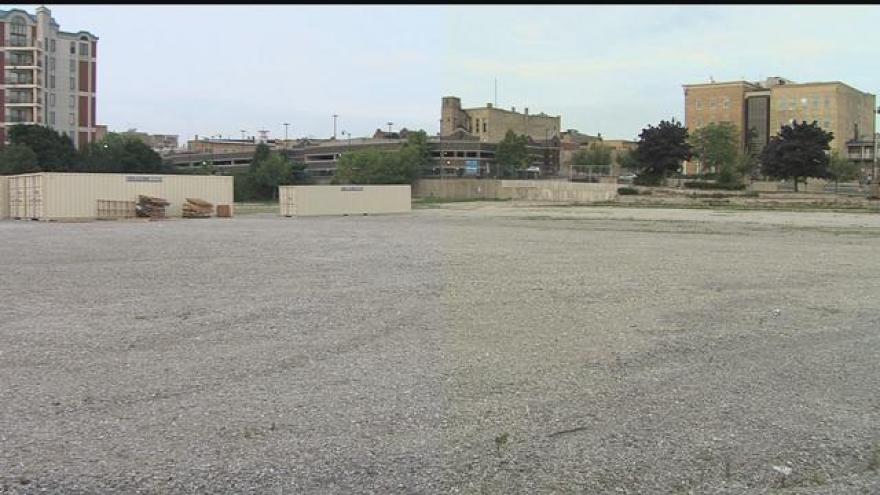 Mayor John Dickert grew up a Milwaukee Bucks fan and he still will be, even though the team decided not to bring their developmental league to Racine.

"We don't look at it as a failure, we just look at a different opportunity for us," he said. "We've talked to the Bucks, we think there's some great partnerships we can create with them."

Instead, it looks to fill a void missing in downtown that would create hundreds of jobs and attract events of all kind.

"We've never been able to hold conventions in Racine because we don't have that asset," said Dickert.

"I would like to see more stuff being brought to the city, more big buildings, more high rises to make this city stick out," said Racine resident Howard Brown.

The site is at Gaslight Drive and Lake Avenue, which the City of Racine already owns.

It would cost about $40 million to build the project, with the arena holding 3,500 people. Enough room for folks to cheer on another team?

"We do have a team that is looking to come there and we'll be talking about that announcement later," Dickert said.

The mayor wouldn't give more information than that, but there have been talks of Racine housing the minor league hockey team for the Minnesota Wild.