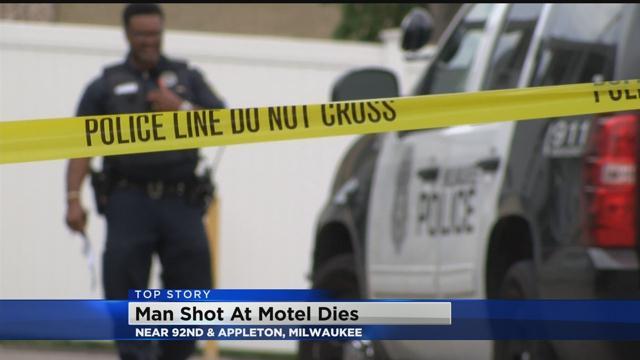 After a homicide at a local hotel some residents say enough is enough.

Residents we spoke with say Milwaukee's American Inn Motel on West Appleton is anything but a quiet night stay.

\"A lot of drug trafficking and a lot of prostitution and people are dying over there it's not safe when you have a lot of children staying over here.\"

Residents afraid to be identified say they see drug deals at the hotel.

\"They're just there for two or three seconds, you know it's an in and out thing, all day.\"

This woman had similar claims.

\"This hotel right here, you don't have problems with any other hotel going down Appleton, just this particular hotel, there's always something going on, always.\"

On top of the recent homicide neighbors say there was also a fire, and the hotel kept operating. Records show neighborhood services cited the hotel for 18 code violations in the last few years, and condemned it for the fire.

We brought these issues to the manager at the American Inn Motel.

We asked Amos Simons, the hotel manager on duty says, if there have been any other issues at this hotel. He said, \"Not to my knowledge.\" But when we asked if the only issue was just this homicide, he said \"No there was another one.\"

We also asked about the complaints about the drug deals.

Simons says, \"Well I don't use drugs so I wouldn't know anything about that.\"

But records obtained from Milwaukee County Sheriff's Department shows multiple calls for help for a 'troubled person'. One claimed someone was \"smoking crack and doing heroin at the American Inn room 211 with a pregnant woman.\"

Amos Simons says, \"We can't control who comes and goes, (Reporter: But you can refuse people business right?) Sure sure.\"