Homeless veteran gets help in last days of life 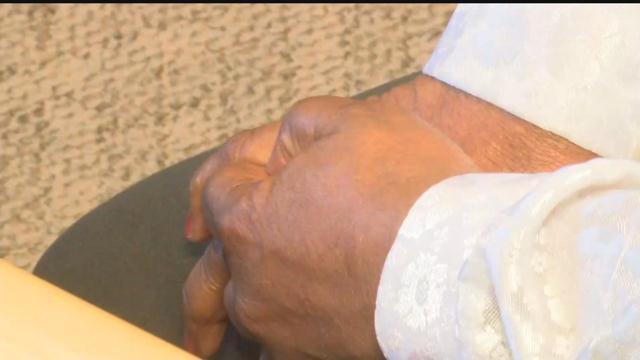 A veteran nearing the end of his life was about to lose his home in Kenosha until the community stepped up. Myron Davis is getting treatment at Hospice Alliance.

Marvin Davis, his younger brother says, "Just knowing from where I've seen him to where he is now, it's like night and day. So if there was a place for him to spend the last days of his life, you couldn't ask for a better place."

Davis only a few weeks left. Even now he's stoic.

Jo Wynn, founder of the homelessness advocacy group, Walkin' in My Shoes says she also didn't know Myron was sick. It was only after an emergency doctor's visit that she got word of the situation and that Myron had no where else to turn.

Jo Wynn says, "The hospital was going to discharge Myron to a shelter that was not even open. I knew that we did not have funding to put them up in a hotel so I used my credit card to do that. I went to the hotel and I didn't like the condition of the way that it looked. I wasn't going to say anything but the nurse and I were talking about it and she said 'well he can't really stay here'. That's when she told me about the Hospice Alliance."

Rita Hagen, Executive Director of Hospice Alliance says, "There's no insurance that covers residential care and so we only charge $110 a day for this service. And that provides 24-hour care. So the fact that we have something that is not a money-maker and we offer that to people who live in this community, that's one of my proudest things."

The community has also taken an interest in Myron's story. Some offered donations to the support organizations. Marvin says that is the positive in this sad situation.

Marvin says, "Regardless of the story that lead him here, the greater thing that occurred is that despite how he got here, goodness still met him in a place that he needed it most."

Myron is originally from St. Louis. He's married and his wife is disabled. They're now making plans for when he passes.