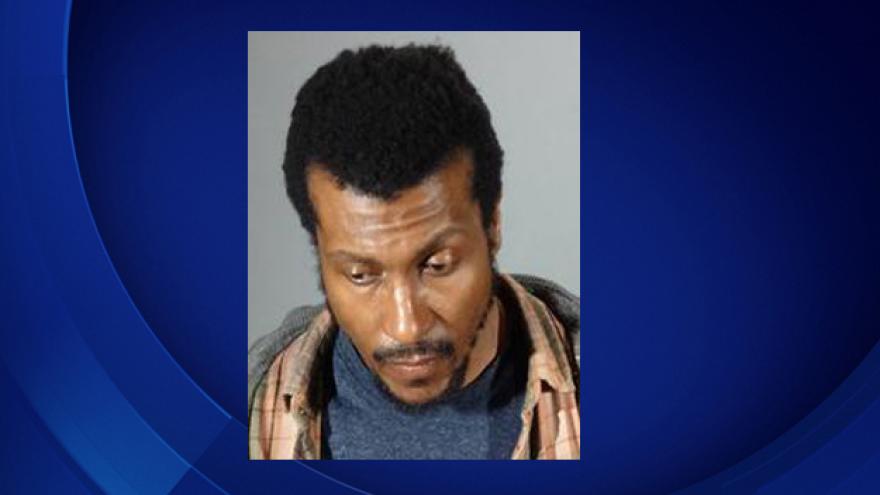 WEST HOLLYWOOD (CBSLA) — A homeless man accused of using a hatchet to attack a Good Samaritan, who offered to help him at a West Hollywood convenience store last weekend, was arrested Tuesday night.

Kisu Bradey Brown, 41, was caught near the corner of Santa Monica Boulevard and Fairfax Avenue.

The crime occurred at about 4 a.m. Saturday outside a 7-Eleven in the 7900 block of Santa Monica Boulevard.

According to Sgt. Jeff Bishop of the Los Angeles Sheriff’s Department, the Good Samaritan witnessed Brown shoplifting at the store. When he offered to pay for the items Brown was accused of stealing, Brown became irate.

“We have a decent citizen trying to pay for a homeless transient’s items that he was stealing, and the transient got upset and assaulted the victim,” Bishop explained.

Brown then waited for the customer to exit the store, where he “took out a hatchet from under his clothes and hit him in the face with it, knocking him to the ground and continued to assault him with a hatchet, severely injuring him,” Bishop said.

The victim lost mobility in his hands and is in the hospital in critical condition.

Brown is described as black, 6 feet tall and 190 pounds, with black hair and brown eyes. He is known to frequent Hollywood and West Hollywood.

“This suspect should be considered armed and dangerous," the sheriff's statement said. "If you believe you have seen the suspect, do not make contact" and call 911 or the West Hollywood sheriff's station at 310-855-8850.