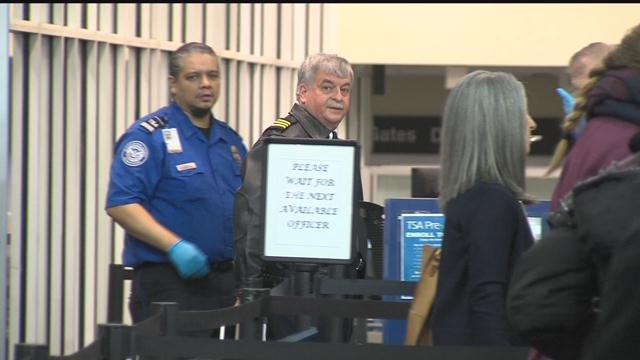 Traveling for the holidays, when the weather is less than perfect, can be a real headache and maybe even downright scary. But people whose job it is to make sure you're safe say there's no reason to be concerned. A Wind Advisory remains in effect because the wind may gust up to 50 mph. That's probably going to mean a bumpy ride until you get above the storm. Pilots say all you have to do is relax, because they know what they're doing and will get you where you need to go safely.

How about Orlando, FL.

"I'm going to go see my brother and family down there," said one traveler who is taking her two kids with her.

She left Milwaukee before the aggressive storm's nearly 50 mile per hour winds arrived.

"Sometimes it can get a little bit choppy on the final descent and approach," said Joel Stoller, a pilot of more than 40 years.

Stoller says flight crew members are trained and re-trained on how to deal with bad weather and wind. They won't even take off or land if things are too dangerous.

"Many times, if it doesn't look like it's just right, they way it should be, we'll execute that authority and do a "missed approach," Stoller said. "Then, either try again when the wind's subside or go to an alternate airport."

If you're driving anywhere, AAA says gas prices here in the Milwaukee area are right around $1.90 per gallon on average for regular gas, that's compared to $2.29 this time last year.