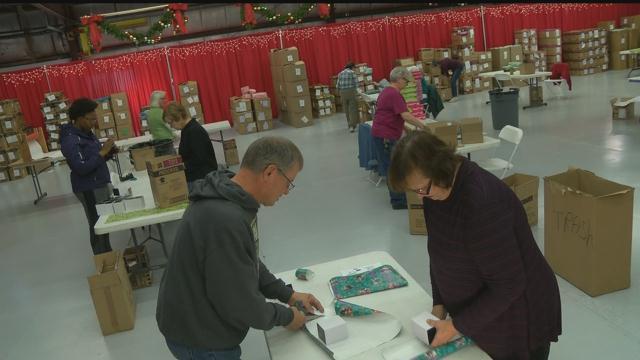 It's the holiday giving season, but not all charities are the same.

CBS 58's Jacob Kittilstad looked into how to make sure you're giving to the right one.

Major Steven Merritt supervises more than a dozen volunteers at the Salvation Army.

"Everything Christmas happens right here at this site,” said Merritt.  "These toys are for is for our prison toy program - individuals who are incarcerated through the holiday season have an opportunity to choose a toy for their child."

Major Merritt said the Salvation Army is more than happy to get you more information on their structure.

He said their goal for the holiday season is to raise $4 million for this program and others.

The Salvation Army has the benefit of name recognition, but the Better Business Bureau warns you should always do some research before making a donation to any group this holiday season.

The ratings include how much money goes to the program as opposed to overhead.

A search can show just how little percentage.

Check out these tips from the BBB: