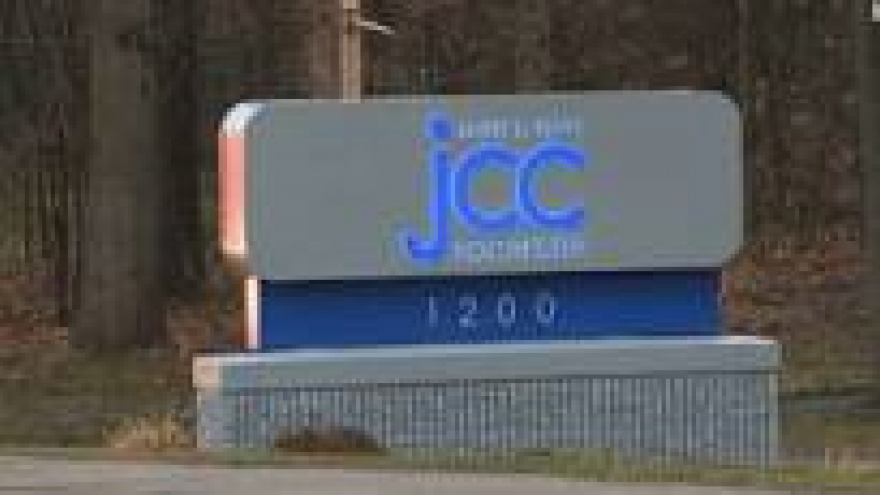 None of the threats proved real in the latest wave of intimidating acts targeting the Jewish community.

For some centers, though, it was not their first ordeal.

The Louis S. Wolk Jewish Community Center in Rochester, New York, was evacuated Sunday morning for the second time in less than a week.

The center was hosting a "warming center" for people whose homes had lost power when the bomb threat came, Executive Director Arnie Sohinki said.

It reopened without incident a few hours later after receiving an all-clear from law enforcement, Sohinki said. he would not provide further details, citing the police investigation.

"We are open. We will remain open. Whoever is doing this doesn't realize this only makes us #stronger, " the center said in a Facebook post. "All are welcome to join us at the JCC."The Rochester JCC was one of several Jewish institutions to receive a bomb threat on Sunday. The threats coincided with the Jewish holiday of Purim, a festive commemoration of the defeat of a plot to exterminate Jews in ancient Persia.

The Evelyn Rubenstein Jewish Community Center of Houston also received a bomb threat -- its second in three weeks, Executive Vice President Joel Dinkin said. The center, which received the threat via email, was not evacuated.The threats were the latest acts in a recent wave of anti-Semitic incidents across the United States. Museums, houses of worship, advocacy groups and cemeteries have been targets of bomb threats and vandalism as federal officials work with state and local authorities to find those responsible.

One person has been arrested in connection with a small portion of the calls. The head of police intelligence for New York City said he believes one person is responsible for most of the nationwide calls and the rest are the work of copycats. CNN was unable to confirm or corroborate his theory. Meanwhile, law enforcement officials have said they believe many of the threatening calls originated overseas.

Sunday's incidents bring the number of threats since January in the United States and Canada to 154, according to the Center for the Study of Hate and Extremism.The Louis S. Wolk JCC also received a bomb threat on Tuesday, March 7, the same day another center in Syracuse and the Anti-Defamation League's New York City headquarters received threats. No devices were found at the locations and the centers reopened soon after.

After the first bomb threat, the Rochester center had opened its doors to those who lost power in a winter storm blanketing the Northeast. Sen. Chuck Schumer, a New York Democrat, called the bomb threat "despicable" given the center's service to the community.

"Like all New Yorkers, I am profoundly disturbed and disgusted by the continued threats against the Jewish community in New York. As New Yorkers, we will not be intimidated and we will not stand by silently as some seek to sow hate and division. New York is one family, and an attack on one is an attack on all," he said in a statement.

Cuomo said he would direct state police to investigate the bomb threats in conjunction with federal officials. Last week, Cuomo and New York Mayor Bill de Blasio increased a reward for information on hate crimes -- not just bomb threats -- to $20,000.

The FBI and the Justice Department's Civil Rights Division vowed to investigate possible civil rights violations in connection with the threats.

"The FBI will collect all available facts and evidence, and will ensure this matter is investigated in a fair, thorough, and impartial manner. As this matter is ongoing, we are not able to comment further at this time," the federal agency said.