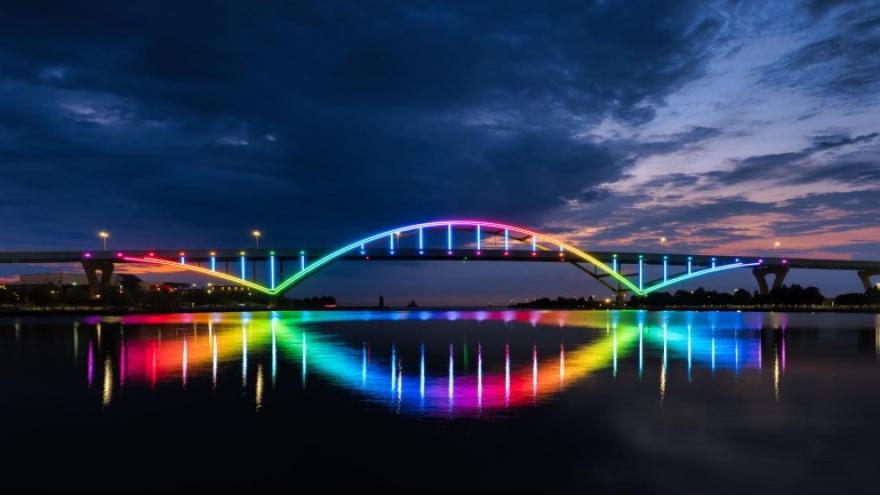 MILWAUKEE (CBS 58) -- Light the Hoan, in partnership with the Wisconsin LGBTQ History Project, will program the bridge lights to alternate the colors of the pride and transgender flags hourly, in recognition of the 60th anniversary of the Black Nite Brawl Thursday night, Aug. 5.

"The Black Nite Brawl was one of the most notable, but most underrated displays of homophobic attitude and violence in Milwaukee, Wisconsin – the first 'gay rights' state," a statement from Light the Hoan read.

The lights can will be seen on the west side of the Daniel Hoan Memorial Bridge starting at dusk on Thursday night.

Light the Hoan is a committee of the Daniel Hoan Foundation.

In May 2018, the group launched a public crowdsourcing campaign to help raise more than $3.5 million to illuminate the Daniel Hoan Memorial Bridge, the iconic tied-arch spanning nearly two miles across Interstate 794.