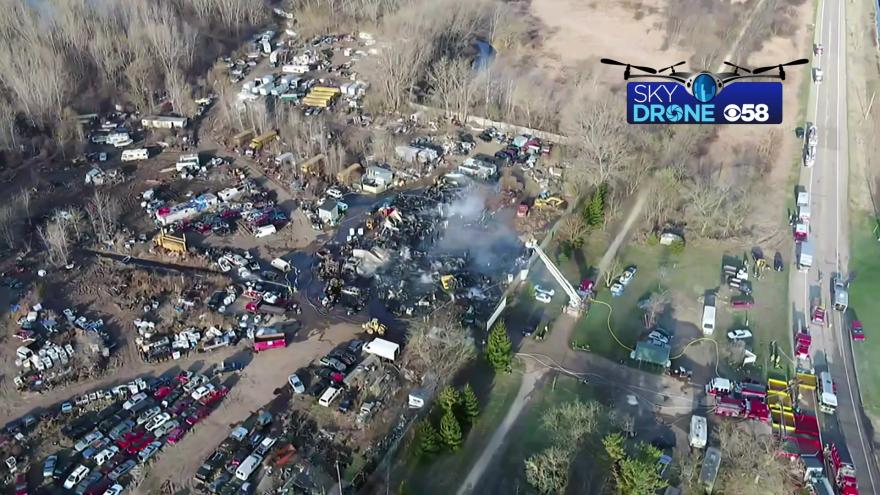 Highway 18 was blocked off for several hours so firefighters could battle the fire that started at 5:40 a.m. Tuesday at the Auto and Trucks Salvage Parts scrap yard.

Drone video shows heavy smoke and fire crews hosing the fire down. Several fire departments brought tankers to get water to the fire because there aren’t hydrants in the area. The fire started before the business opened and it’s unclear whether anyone was at the scrap yard at the time.

The cause of the fire has not yet been released.

SULLIVAN, Wis. (CBS 58) – Highway 18 is closed near County F Tuesday morning in Sullivan due to a fire.

The Watertown Fire Department tells CBS 58 they are responding to a junkyard fire.

CBS 58 has a crew headed to the scene.