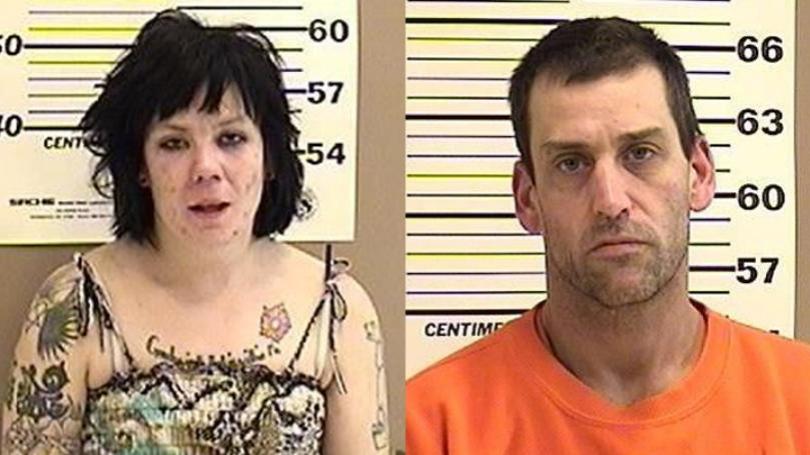 Investigators said on Saturday night around 10 p.m., Loyal Police attempted to stop a car for speeding, however the driver did not stop and continued to increase speed-- at one point reaching 100 mph.

Police identified the driver as Eric Sutton, 45 and his passenger as 28-year-old Brittany Sather.

According to a new release, their vehicle crashed into another vehicle on State Highway 13 north of Spencer. The car that was struck traveled into the west ditch. Police said Sutton's vehicle slowly came to rest and stopped near a driveway on the east side of the road. The driver of the other vehicle was not harmed.

Investigators said Sutton exited the vehicle and surrendered. His passenger, Sather ran from the vehicle and was located by officers that tracked her footprints in the snow.

According to a news release, a load handgun was found in the vehicle.

Both are facing several criminal charges and remain in the Clark County Jail.