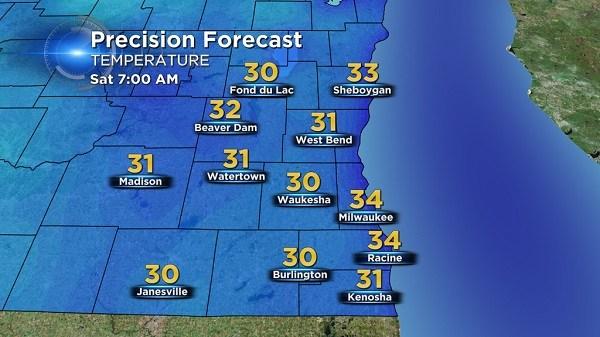 Our morning clouds and sprinkles give way to afternoon sunshine and gusty west to northwest winds.  We manage pleasant highs in the low to mid 60s this afternoon ahead of a strong cold front moving south across the state.  Cool Canadian air, the coolest so far this season, will settle over the area tonight through Sunday morning and will likely bring an end to the growing season.

Tonight there are freeze warnings and frost advisories across the Central and Northern Plains.  A freeze watch has been issued for Northern Illinois for Saturday morning.

Although no watches, warnings or advisories are currently in effect for Southeast Wisconsin now, that will likely change over the next 24 hours.  A frost advisory is issued by the National Weather Service when widespread frost formation is expected over an extensive area.  Because frost is primarily an event that occurs as a result of radiational cooling, heat loss from the earth's surface at night, it frequently forms with a thermometer temperature in the mid 30's. In this scenario, the surface temperature (where the frost forms) is at or below freezing.  If a frost period is sufficiently severe to end the growing season, it is commonly referred to as a "killing frost."

A freeze, on the other hand, is caused by cold air advection... cold air moves over an area from a source region like Canada. This usually signals the end of the growing season for all but the hardiest plants. The National Weather Service will issue a freeze warning when the temperatures are expected to fall to 32 degrees (F) or lower in the next 3 to 30 hours during the growing season. If the temperature is expected to fall below 28 degrees (F) this is considered a Hard Freeze. 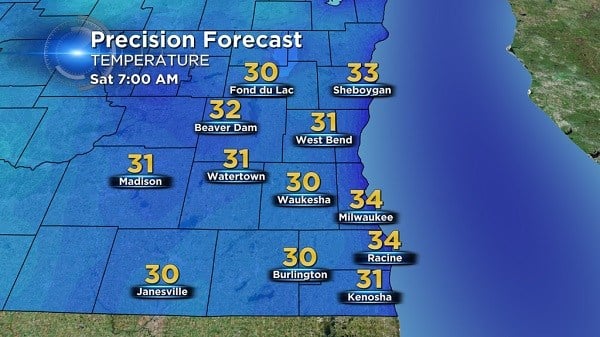 Based on the forecast above, this cold snap could very well produce a "killing frost" or a "hard freeze."  Either way, the party is over, it's time to get serious about fall clean up and winter preparation.

Your CBS 58 Weather Team will keep you posted on current conditions and possible advisories through the weekend online and over the air.