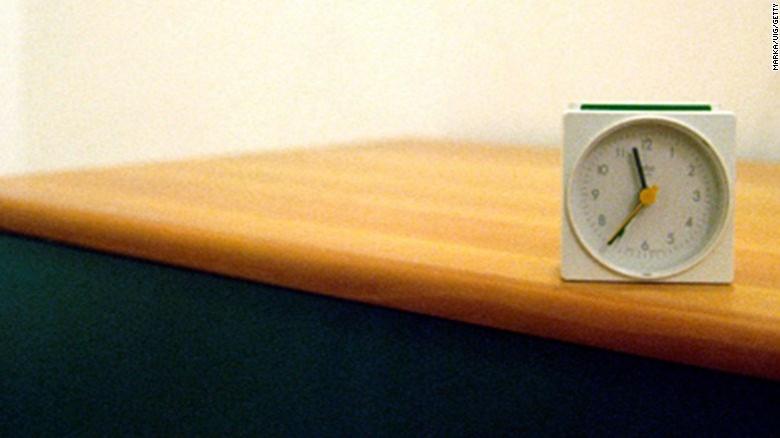 (CNN)Many health experts will tell you that being skinny is not necessarily healthy. Lending support to that argument, a new study finds that the thinnest people, similar to those who have the most body fat, have higher rates of death.

Researchers looked at the connection between body mass index and death rates over several years among nearly 50,000 women and 5,000 men age 40 and older in the Canadian province of Manitoba.

Unlike many previous studies, the researchers did not rely on BMI -- which is a measure of weight that includes both fat and muscle -- as a proxy for fat. They were also able to estimate total body fat directly, because they specifically selected individuals who had previously undergone an X-ray test to determine if they had decreased bone density and possibly osteoporosis.

The researchers found that the skinniest women, with a BMI less than about 22.5, a group that includes both those who are underweight and normal weight, had a 44% higher risk of dying during the approximately seven-year follow-up period. At the other end of the spectrum, women with more than 38.7% total body fat had 19% higher death rates.

Among men the thinnest group, those with a BMI less than about 23.8, had 45% higher death rates during a follow-up period of about 4.5 years, whereas men in the highest body fat group, with more than 36% total body fat, were at 59% higher risk of dying during the study period.

"Being underweight is a marker for illness in some individuals at the same time that being overweight and obese is not optimal for health," said Dr. William D. Leslie, professor of medicine and radiology at the University of Manitoba and one of the authors of the study, which was published on Monday in the Annals of Internal Medicine.

The idea is that being too thin is associated with not being fit and not preserving muscle mass, which is an "unhealthy situation," Leslie said. However, the individuals who fell into this category were admittedly in the minority. Only 2% of women and 1.3% of men were underweight, and another 38.3% of women and 28.9% of men were normal weight. "The reality is we are dealing with the obesity epidemic in our country as in other countries," Leslie said.

There were no clear health differences between individuals of different weights to suggest why those at the extremes had higher rates of death. Rates of conditions such as diabetes, heart and lung disease were similar between the BMI groups.

The researchers did not parse out the causes of death and only looked at whether an individual died during the follow-up period.

A small subset of the individuals in the study had both excess fat and low BMI because of inadequate muscle. "That's a double whammy in terms of adverse effects on health," Leslie said.

Overall the study found that the best survival was among individuals who had a BMI that put them in the overweight category and who were middle of the road in terms of total body fat.

The finding agrees with the so-called obesity paradox, said Dr. Carl Lavie, medical director of cardiac rehabilitation and prevention at the John Ochsner Heart & Vascular Institute in New Orleans, who was not involved in the research. The paradox, which has been described by previous studies, is that middle-aged and older adults who are overweight or even moderately obese have lower death rates than those in the normal weight range.

However, the researchers did not address how fit the individuals in the study were, Lavie pointed out. Research that he and his colleagues have carried out suggests that the obesity paradox may only apply to thin individuals who are unfit.

According to the study, the battle of the bulge is not the only war that should be waged. While doctors should still advise patients who have a very high BMI and high body fat to lose weight, they may also want to stress to underweight patients the importance of maintaining fitness, Lavie said.

Getting regular exercise could also be important for individuals like the ones in the current study who are at risk of osteoporosis.

The study involved primarily white adults in Canada. It is possible that the relationship between BMI, body fat and mortality could be different in other populations, such as black and Hispanic people, although Lavie suspects that the same trends would exist.